In recent years, some Asian holiday destinations have seen an influx of digital nomads, or long-stay visitors from overseas who combine travel and recreation with remote working. 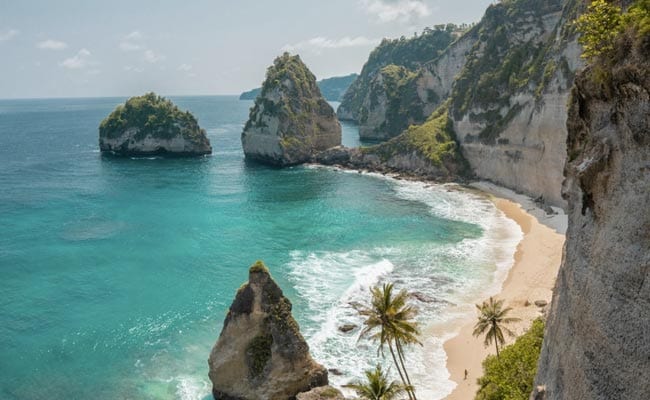 Indonesia is trying to attract more so-called "digital nomads" to its tropical shores by offering a more flexible visa, the country's tourism minister said, in a move welcomed by the tourism industry on the resort island of Bali.

In recent years, some Asian holiday destinations have seen an influx of digital nomads, or long-stay visitors from overseas who combine travel and recreation with remote working.

Tourism Minster Sandiaga Uno said in a post on his Instagram account that digital nomads could now visit Indonesia and work for up to six months using a social-cultural visa.

"I am increasingly convinced the number of foreign tourists who are interested in staying in Indonesia will increase and will automatically have an impact on economic revival," he said.

Employment under this category of visa has not previously been permitted and Indonesia is yet to outline how it could tax digital nomads, but the plan has been positively received by the Bali tourism board.

"We have to embrace this opportunity," said the board's chairman Ida Bagus Agung Partha Adnyana.

"But I suggest the government make a clear regulation regarding this. For example, travellers must pay a certain amount of tax to the Indonesian government if they work from Bali," he said.

Indonesia's immigration department declined to comment on the move when contacted by Reuters.

Foreign arrivals in Bali are expected to reach pre-pandemic levels of six million by 2025, the tourism association said, as the island recovers from the impacts of the COVID-19 pandemic.

Data from the tourism ministry showed that more than 3,000 digital nomads entered Indonesia from January to August this year, mostly from Russia, Britain and Germany, with the majority staying in Bali.

President Joko Widodo recently berated immigration officials over the difficulties that foreigners, including investors and tourists, have faced obtaining visas.

Other countries in the region are also seeking to tap opportunities for remote work. The Philippines is offering "workation" packages in the resort of Boracay, while Malaysia announced regulations this week to allow digital nomads who qualify to stay for 12 months.