India stepped up vacuum gasoil (VGO) exports to the US this year as the West seeks alternatives to replace Russian supplies. 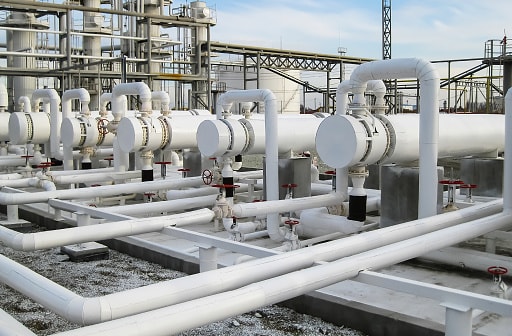 India stepped up vacuum gasoil (VGO) exports to the United States this year in an unusual trade flow for the oil product as the West seeks alternatives to replace Russian supplies, according to traders and data analytics firms.

The United States and Canada banned Russian oil imports over Moscow's invasion of Ukraine, while sanctions from the European Union on Russian crude and oil products imports will take effect on Dec. 5 and Feb. 5, respectively.

Meanwhile, India, the world's third-largest oil importer, has been ramping up Russian crude imports and increasing oil product exports to the West for higher margins.

In the latest move, global oil traders Vitol and Trafigura have bought one cargo of VGO each from Indian refiner Nayara Energy in tenders at premiums ranging from $10 to $15 a barrel to Dubai crude quotes, market sources said.

At these premiums, the cargoes, to load from India's Vadinar port in December, are likely to head to the United States or Europe, said the sources.

Prior to this, Aframax tanker Shanghai Dawn loaded at least 80,000 tonnes of VGO from Reliance Industries Ltd's Jamnagar port, arriving in the United States in late October to early November, shipping data from Vortexa and Refinitiv showed.

Nayara Energy, Reliance and Vitol did not respond to requests for comments. Trafigura does not comment on individual shipments, a spokesperson said.

India's VGO exports to the United States climbed in 2022 compared with last year. Only one cargo loaded from India to the U.S. in May 2021, Vortexa data showed, while there were no such fixtures last year according to Refinitiv data.

VGO is mostly used as a refinery feedstock to produce other products such as gasoline and diesel. Russia used to be a key VGO supplier to U.S. refiners before the Ukraine war broke out.

"Given that the U.S. is not buying Russian oil, they are looking for any and all alternatives," said Roslan Khasawneh, senior fuel oil analyst at Vortexa.

"The unusual exports to the U.S. were also likely encouraged by Indian refinery maintenance and weak light distillate margins," he said.

US and EU sanctions do not apply to refined products produced from Russian crude exported from a third country as they are not of Russian origin.

In India, refiners boosted imports of discounted Russian oil to 793,000 barrels per day between April and October, up from just 38,000 bpd in the same period a year ago, trade data showed. Reliance accounts for about 23% of the purchases and Nayara's share is about 3%.

List of vessels that have loaded VGO from India to the U.S. in the year so far: