The IHS Markit Services Purchasing Managers' Index eased to 55.2 in September from August's 18-month high of 56.7, but stayed comfortably above the 50-mark separating growth from contraction 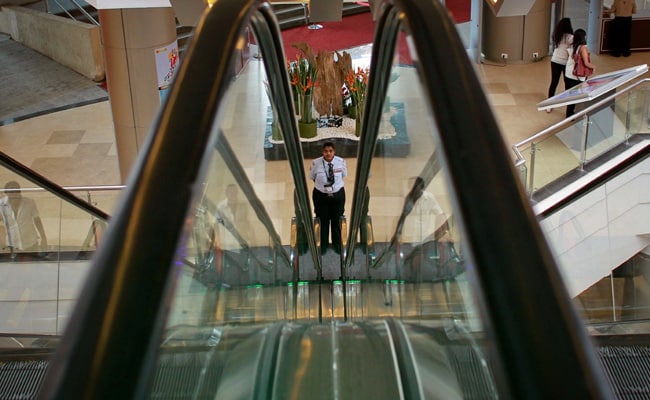 India's services industry expanded for a second straight month in September, bolstered by improved domestic demand and easing COVID-19 restrictions, pushing companies to hire more employees for the first time in nearly a year, a private survey showed. The IHS Markit Services Purchasing Managers' Index eased to 55.2 in September from August's 18-month high of 56.7, but stayed comfortably above the 50-mark separating growth from contraction.

"Indian companies continued to benefit from a recovery in demand as the pandemic receded further and restrictions were lifted," said Pollyanna De Lima, economics associate director at IHS Markit.

The new business sub-index was in expansion territory for a second month, albeit at a lower level, supported by higher sales and increased footfall as authorities eased limitations.

While that indicated improved domestic demand, international demand remained subdued and has now contracted for 19 months in a row, the longest streak since the sub-index started in September 2014.

Business expectations remained positive on hopes the pandemic would continue to retreat and restrictions ease, but the outlook was muted by concerns over high inflationary pressures.

Inflation was estimated to average 5.4 per cent this fiscal year, above the mid-point of the Reserve Bank of India's 2 per cent-6 per cent target range but below the upper limit, a Reuters poll showed earlier on Tuesday.

Input costs rose for a 15th straight month due to higher material and transport costs but only part of that burden was passed to consumers as firms try to stay competitive.

But those increases will not prompt the RBI to raise interest rates from the current 4.0 per cent this fiscal year as supporting growth remains its priority.

New jobs were created in the service sector, breaking the nine-month sequence of layoffs. However, the rate was fractional as firms handled the increased demand with the existing workforce while also running down backlogs of work.

"There was another decline in outstanding business. This implies that companies still have spare capacity to accommodate for rising sales and hint that the recovery in employment is by no means guaranteed to continued." added Ms De Lima.

Expansion in both manufacturing and services activity underpinned the composite index at 55.3 in September, almost unchanged from 55.4 in August.