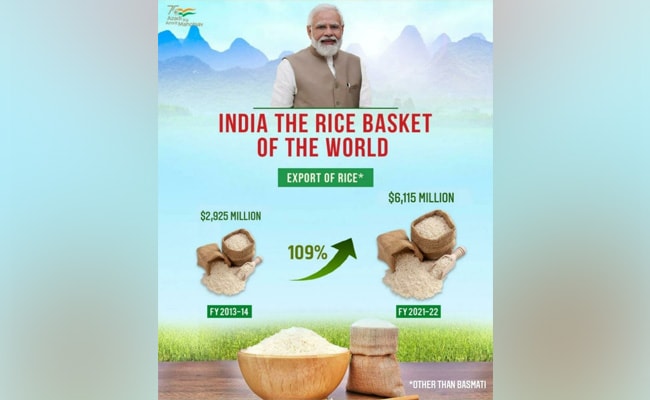 He tweeted the figures for rice exports in a picture titled "INDIA THE RICE BASKET OF THE WORLD."

Separately, an agricultural ministry note showed rice exports increased by 9.24 per cent in the 2021-22 fiscal year, with rice exports achieving 102 per cent of its total target for the year.

Buyback Alert: 5 Stocks to Keep in Your Watchlist