RBI maintained its "calibrated tightening" stance that allows for either a hold or an increase in rates.

The central bank struck a less hawkish tone on Wednesday, signaling it was open to adjusting monetary policy if upside risks to inflation don't materialize. Bonds rallied. Just two months after stating that interest rate cuts were "off the table," Governor Urjit Patel said there's the possibility of "commensurate policy actions" if inflation continues to undershoot. His comments followed the monetary policy committee (MPC)'s decision to keep interest rates unchanged for a second straight meeting, in line with most economists' estimates.

The Reserve Bank of India, which raised interest rates twice this year, lowered its inflation forecasts for the second half of the fiscal year after a sharp drop in oil prices and a rebound in the rupee as stress on emerging market assets waned. Giving itself policy room, the RBI maintained its "calibrated tightening" stance that allows for either a hold or an increase in rates, citing a still optimistic outlook for economic growth despite the recent slowdown, and volatile oil and food prices. 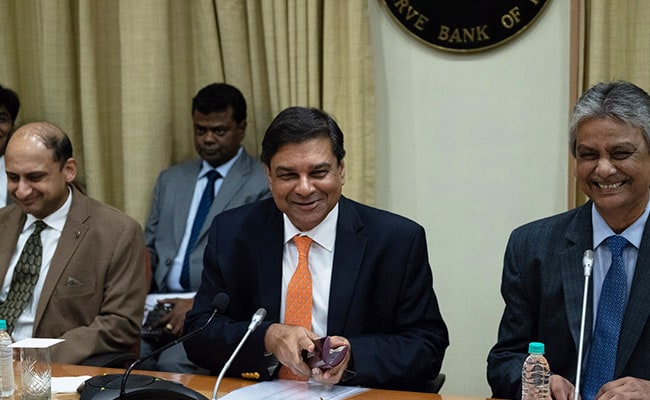 * Six-member MPC led by Patel unanimously voted to keep the benchmark repurchase rate at 6.5 per cent

* Inflation forecast for the second half of the fiscal year through March 2019 cut to 2.7 percent to 3.2 percent from a range of 3.9 percent to 4.5 percent

"The central bank has kept its options for further rate actions open with downward revision of inflation projections and also retaining its stance of calibrated tightening," said Rajni Thakur, an economist at RBL Bank Ltd. in Mumbai. 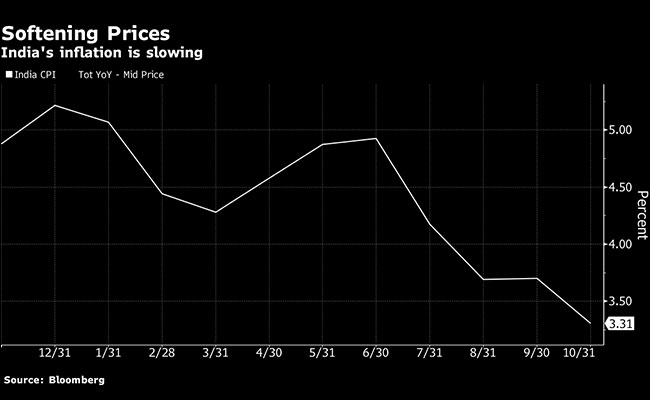 Patel didn't address the recent dispute with the government over the central bank's role, which market participants had been expecting. The two sides have been at loggerheads after the government pushed to have a greater say over the RBI's functioning.

What our Economists Say...

"Our baseline scenario is for the RBI to stay on hold into 2019, given its hawkish tendency. That said, the downward trend in inflation poses a large risk to this view.--  Abhishek Gupta, Bloomberg Economics

The RBI retained its estimate for gross domestic product growth for the current fiscal year at 7.4 per cent, citing a recent uptick in capacity utilization rates and activity after a disappointing three months through September. The governor pointed to recent purchasing managers index surveys that showed both manufacturing and services sectors expanding at a healthy pace.

Nevertheless, a liquidity crunch in the banking system, stemming from problems in the shadow-banking sector, is weighing on consumer spending.

In a bid to free up resources available to banks for lending, the RBI lowered the reserves they are compulsorily required to hold in the form of government securities. It also pledged to keep liquidity taps open, through open market bond purchases, a decision which saw bond yields fall to their lowest since April. That decision is expected to appease the government, which wants banks to continue lending to bolster flagging growth before a general election next year.

Economic Affairs Secretary Subhash Garg said the RBI's outlook of growth and inflation was consistent with the government's view.

"Government welcomes the assessment of the MPC," he said in a statement. "'The policy stance probably required calibration."