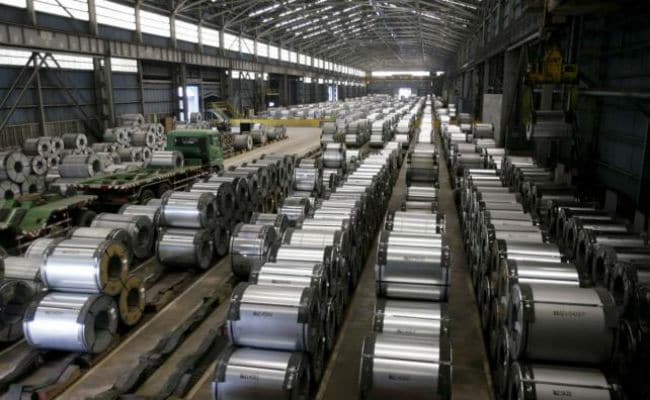 India put the tariffs in place in February to ensure a minimum import price for 173 steel products.

New Delhi: Indian manufacturers of finished steel goods are urging New Delhi to end tariffs on cheap imports of the alloy from China, Japan and South Korea, worried the protectionist measures may cost them billions in lost overseas sales.

India put the tariffs in place in February to ensure a minimum import price (MIP) for 173 steel products, mainly to guard against cheap Chinese exports of around 10 million tonnes a month of items such as hot-rolled and cold-rolled steel that have undercut U.S., European and Asian producers.

The gambit to protect India's domestic steelmakers is threatening export revenues earned by engineering and manufacturing companies as artificially high prices for a primary raw material for everything from home appliances to ships make their products uncompetitive in foreign markets.

The MIP policy has hit engineering firms especially hard. These mostly small- to mid-sized companies together export goods worth $56 billion a year - a fifth of India's shipped merchandise - made at least partly with steel now priced 15 percent higher on average than at end-2015 and up to 30 percent more than Chinese imports.

"My input cost is 40 percent higher than other nations. How will my finished product compete?" Pankaj Chaddha, CEO of Jyoti Steel Industries, said of the MIP tariffs.

Jyoti Steel, a Mumbai manufacturer of stainless steel wire and carbon steel bright bars, cut 50 of its 300 jobs after MIP was introduced, and its output slumped by 22 percent in the April-June quarter.

Chaddha said he would have to lay off another 50 contract workers if the policy was extended past its Aug. 5 expiry date.

Indian prices of hot-rolled steel - used to make pipes, rods, cars, ships and industrial machinery - rose by more than 15 percent to 37,000 rupees ($554) a tonne between December and early May, according to the latest data available.

Chinese prices moved from $270 a tonne in December to $420 a tonne in April, before softening again.

Trade body EEPC India said engineering goods exports would drop 10 percent this year if MIP is extended. The group has gone before the trade ministry several times to ask that the import policy be allowed to lapse, and members have also met with the steel ministry on the issue.

India's indebted steel sector, though, struggling with low profit amid a global supply glut, has lobbied hard for it to be kept in place.

By making foreign steel too expensive, domestic steelmakers such as Steel Authority of India, Tata Steel and JSW Steel have been able to raise prices.

But higher prices, besides hampering exporters, have pushed steel processing firms such as Adhunik Metaliks, Jayaswal Neco and Sujana Metal Products into losses.

About 20 of 60 mills on his membership list have shut, said S.C. Mathur, executive director of Cold Rolled Steel Manufacturers Association of India.

"Others are operating at 40-50 percent of capacity and incurring losses."

NOT JUST INDIA VS CHINA

India - along with the United States, Europe and others - has said that even as Beijing works to downsize its overblown sector, Chinese mills are exporting their excess supply.

India, the world's third-largest producer with an estimated output of 90 million tonnes, consumed about 80 million tonnes of finished steel in the year through March 2016.

It imported about 11 million tonnes that year, according to the steel ministry's Joint Plant Committee (JPC), with China supplying around 47 percent.