Most of India's grocery retail happens at kiranas - small- and mid-sized mom-and-pop outlets which account for 75-78 per cent of the consumer goods market, Ambit Capital estimates 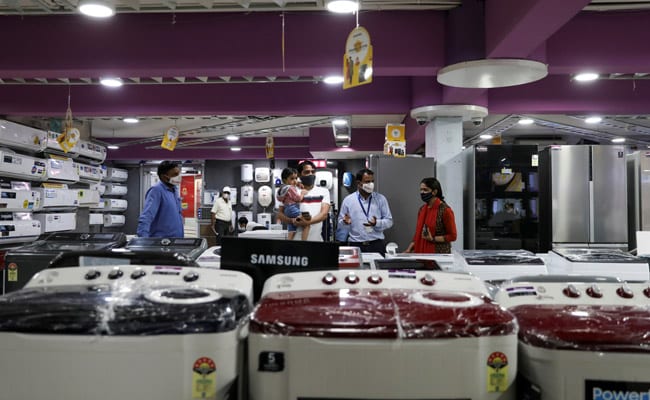 By 2024, the market is expected to grow to $1.3 trillion. India - with population 1.3 billion - has over the years become a sought-after retail destination with a growing base of young and affluent shoppers.

The sector contributes 10 per cent to India's gross domestic product and accounts for 8 per cent of India's employment, according to Invest India, the country's investment promotion arm.

India's mom-and-pop stores sell everything from clothes and footwear to groceries and electronics.

Most of India's grocery retail happens at kiranas - small- and mid-sized mom-and-pop outlets which account for 75-78 per cent of the consumer goods market, Ambit Capital estimates.

Store owners typically have a strong and regular customer base in their neighbourhood, with home delivery and taking orders on phone a common phenomenon. Hundreds of household items are crammed inside wall-to-wall glass or wooden shelves, or in the open, at such stores.

Many outlets are so small and cramped that customers don't set foot inside - products are handed over by store staff who stand behind a counter.

Many of these shops also offer staples - such as pulses, rice and flour - in loose or unbranded form.

They typically operate from early morning till late evening.

This segment is a growing trend in India, with companies like Reliance Industries, led by India's richest man Mukesh Ambani, Future Retail, led by Kishore Biyani, and Avenue Supermarts' DMart all competing for customers. This segment accounts for about 12-15 per cent of consumer goods sales, according to Ambit.

A long-established store format in the West, supermarkets are the polar opposite of kiranas; tidy, well-lit and with plenty of space for customers with shopping carts to seek out items from neatly stacked shelves themselves.

Mini-supermarkets in built-up residential areas are also spreading in response to the need to cater to urban shoppers buying supplies in smaller volumes on a daily basis rather than in a once-a-week drill.

Most supermarkets operate during usual business hours and shut in late evening.

Shoppers in India are increasingly turning to e-commerce to shop for everything from electronics to groceries, boosted by online discounts and the development of rapid delivery services across the country.

While companies such as Amazon.com Inc and Walmart's Flipkart dominate the market, smaller startups have also introduced app-based services for daily delivery of morning essentials like milk and eggs. Boston Consulting Group says e-commerce currently accounts for about 5-6 per cent of Indian retail.

But growth is phenomenal: India's e-commerce retail market stood at $30 billion in 2019 but is set to expand by an annual 30 per cent to $200 billion by 2026, Invest India estimates.