Goa Chief Minister Manohar Parrikar said the urgency came in the wake of a Rs 32,000-crore ($5 billion) Mine Counter Measure Vessels (MCMVs) project with a South Korean firm falling through. 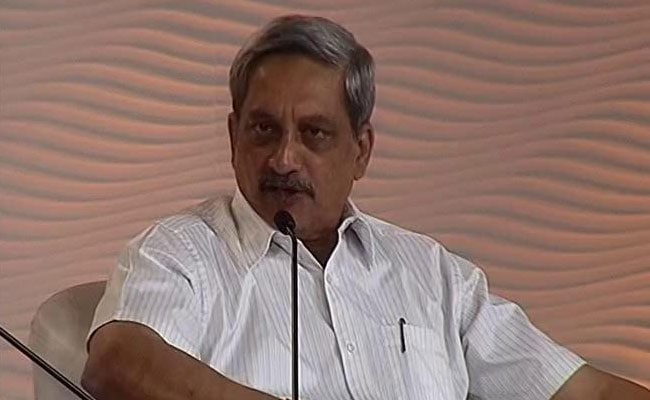 The Indian Navy urgently requires minesweepers and hence there is an urgent need to re-appoint a new consultant for their acquisition, former Defence Minister Manohar Parrikar, who is now the chief minister of Goa, said on Wednesday.

Mr Parrikar said the urgency came in the wake of a Rs 32,000-crore ($5 billion) Mine Counter Measure Vessels (MCMVs) project with a South Korean firm falling through.

"We need those minesweepers urgently. So the new consultancy selection has to be done very fast," he told the media at the State Secretariat here.

Media reports earlier this week, quoting top officials of Goa Shipyard Limited, a Defence Ministry PSU, had said that the MCMV manufacturing contract had fallen through after negotiations with the Kangnam Corporation failed.

The contract was the biggest Defence Ministry initiative so far under the 'Make in India' initiative.

Mr Parrikar said that only the South Korean consultant's role had been cancelled but the order to manufacture MCMVs was still on.

"What has been cancelled is the consultant's role. A particular consultant's tender was not as per rules and regulations, so they are re-floating it. What is big in that?" he wondered.

"The exercise carried out by Goa Shipyard could not be completed because of certain terms and conditions set by the Korean company, which were beyond the scope of the tender."

"So what do you expect? There has to be retendering. So they have ordered retendering. Now, this has nothing to do with the order," he maintained.

Promoted
Listen to the latest songs, only on JioSaavn.com
Mr Parrikar said that a delay of six months to one year in a long-tenured contract was absorbable and therefore not a cause for concern.

"It can be minimal. These are projects for eight years, ten years. So they can absorb the delay. A six-month delay can be absorbed. In an 8-10 year contract or a 12-year contract, you can absorb one year (delay). Percentage-wise, it is not very big," he said.