These Firms To Allow Employees To Work From Home In A Hybrid Model. Details Here

India's IT services companies recently said that they would follow a hybrid model of work in the long term. 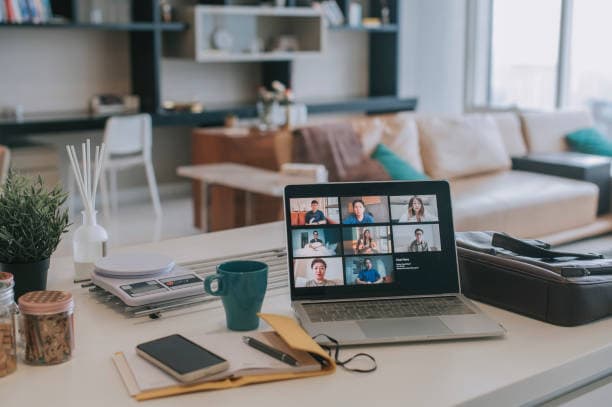 TCS, Infosys, HCL and other companies to allow employees to work from home

Many companies across sectors were gradually opening up and asking employees to return to the office, but the recent rise in COVID-19 cases has forced them to continue with the work from home model.

India on Thursday reported a total of 12,608 new coronavirus cases, pushing the cumulative figure to 4,42,98,864. According to the health ministry, the death count increased to 5,27,206 with 72 more fatalities in the last 24 hours.

Amid the surge in COVID-19 cases, several IT giants, including Tata Consultancy Services (TCS), Infosys and HCL Technologies, have announced their long-term plan to continue with the hybrid model, a mix of both work from home and office, for the employees.

Information technology companies have discovered that employees are hesitant to return to the office full-time even as India has eased restrictions and life resumes to the pre-pandemic pattern.

Companies are reluctant to push too hard for fear of losing workers in a field where there is a skill scarcity, giving employees the upper hand in negotiating conditions.

India's largest IT services company TCS recently said that it would follow a hybrid model of work in the long term. In a letter to employees, the IT giant announced to follow 3Es- Enable, Embrace and Empower— for a hybrid working model.

It also announced plans to set up Occasional Operating Zones (OOZs) and hot desks as agile work seats worldwide that would allow employees to work remotely and connect with the team members at any TCS office.

Online Payments platform, Paytm will allow its employees, in product, tech and business roles, to work from home or anywhere.

“We at Paytm allow you to work from home/anywhere for product, tech and business roles,” Paytm founder and CEO Vijay Shekhar Sharma tweeted.

We @Paytm allow you to work from home/anywhere for product, tech and business roles ! ????
Check out : https://t.co/MrMdOT4kug and join the team that has revolutionised India's payments for good. ????
pic.twitter.com/h3kcnNiDdG

Infosys has also announced its long-term plan to follow a hybrid model of work in the long-term in a phased manner.

The company said it will review the model every quarter and modify it depending on the clients, regulatory environment and other aspects. Around 95 per cent of its staff is working from home while only 5 per cent of senior executives are coming to office.

Meanwhile, HCL Technologies has said that half of its employees have been identified for permanent work from home.

Earlier, the company announced that the safety and well-being of the employees was its top priority. So, it would continue to follow the hybrid model while ensuring uninterrupted service for its clients.

A lot of professionals who had relocated back to their hometowns or to remote areas, or who had set up functional home offices, had a stronger preference for WFH, according to discussions on job boards and professional websites like LinkedIn, Naukri.com, and Glassdoor.

According to a C-Suite Survey by Colliers and Awfis, between 75 and 100 per cent of employees have returned to work at roughly 35 per cent of the organisations. This includes a hybrid work arrangement where employees occasionally go to the workplace each week.

After a hiatus of two years, the return to offices has gained momentum due to the declining COVID-19 cases.

Approximately 74 per cent of businesses consider distributed workplaces as a way to transition from location-centric to people-centric workspaces. Employee freedom will be made possible as productivity advantages for firms are furthered.

Telecom and consulting sectors saw the highest rate of return to the office, with about 75-100 per cent of employees returning.

Another significant finding of the C-Suite Survey was that about 53 per cent of occupiers favoured a portfolio strategy that included a combination of work-from-home and office time.

Occupiers see flexible spaces as their top option; fostering a work-life balance and providing employees with flexibility will be the central idea.