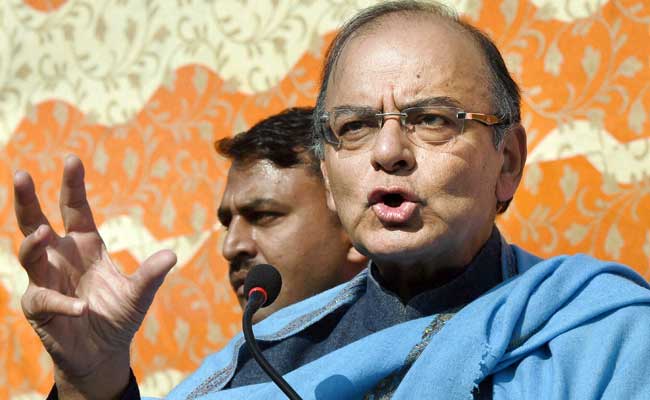 Bengaluru: Amid global uncertainty, Finance Minister Arun Jaitley on Wednesday said it is important for India to emerge out of the crisis stronger as it is on a much higher and stabler footing than other nations.

"Unpredictability and volatility have become the new global norm. In these circumstances, it is extremely important for India to emerge and emerge out of the crisis even stronger," he said while addressing the Invest Karnataka 2016 summit here.

Jaitley said that India is "relatively unimpacted" by some of the factors that have caused the global crisis.

"Lower prices of oil and metal commodities substantially suit us. It indirectly impacts us because it shrinks our exports; it makes our markets more volatile, currency more volatile. But compared to the rest of the world, we are still on a much higher and stabler footing," he said.

The minister said that while looking down the tunnel over the next two to three years, it is still not clear which way the global situation will be moving.

The Indian economy is expected to grow between 7-7.5 per cent in the current fiscal. Last fiscal, it grew 7.2 per cent.

"The world faces a very difficult and challenging situation... In the global situation, India is being distinctively noticed. It is being noticed for the reason, that even in the midst of global slowdown, India has comparatively stood out," he said.

He said that while looking back at 2001, 2008 and 2015 global crises, India can take some satisfaction in the fact that the country displayed a considerable amount of resilience during those times.

Since the 2008 crisis, the global economy has not been able to pick up momentum, with some country or the other facing problems.