Battling the world's biggest jump in coronavirus infections, India halted vaccine exports a month ago after donating or selling more than 66 million doses. 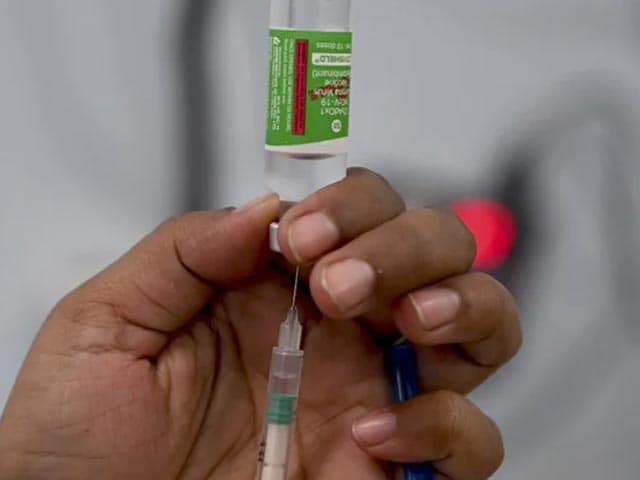 India is unlikely to resume major exports of COVID-19 vaccines until at least October as it diverts shots for domestic use, three government sources said, a longer-than-expected delay set to worsen supply shortages from the global COVAX initiative. Battling the world's biggest jump in coronavirus infections, India halted vaccine exports a month ago after donating or selling more than 66 million doses. The move has left countries including Bangladesh, Nepal, Sri Lanka, and many in Africa scrambling for alternate supplies.

The World Health Organization, which co-leads COVAX, on Monday called on vaccine makers outside India to advance supplies to the programme given the shortfall from the country. The sources, who spoke to Reuters on the condition of anonymity as they were not authorised to talk to media on the subject, said India's vaccination drive will now take priority as its tally of coronavirus infections crosses 25 million and daily deaths hit a record high.

"We don't have to officially convey to all countries as we are not obligated to do," one of the sources said about the decision to hold back exports. "It was internally discussed and some countries were asked not to expect export commitments given the current Indian situation." The source did not name the countries told about the delay.

The other two sources said the exact timing for resuming exports could change depending on how soon India is able to control the second wave of cases that has overwhelmed the health system. Ministry of External Affairs, which is coordinating and overseeing all vaccine exports, did not respond to a request for comment on the matter.

A spokesman for Serum Institute of India, the world's biggest vaccine maker, said the focus, for now, is on supplying vaccines to India. It had previously expected shipments to restart from June. Asked about the October timeline, COVAX co-lead GAVI told Reuters at least 140 million doses it had expected from the Serum Institute by the end of May will now remain in India.

"As India confronts a truly dreadful wave of the pandemic, Indian vaccine production, including the 140 million vaccine doses initially destined for COVAX, have been committed to protecting its own citizens," a GAVI spokeswoman said in an email.

"We offer the government of India our full support in their effort to bring the virus under control and stand ready to help in any way we can." COVAX has a deal with the Serum Institute to deliver 1.1 billion doses of either the AstraZeneca or Novavax shots.

The head of UNICEF on Monday asked G7 countries to donate supplies to COVAX as an emergency measure to address a severe shortfall caused by disruptions to Indian vaccine exports. UNICEF, which is helping supply COVID-19 vaccines through COVAX, estimates the supply shortfall at about 190 million by the end of June.

U.S. President Joe Biden said on Monday his country would export at least 20 million doses of the Pfizer/BioNTech, Moderna and Johnson & Johnson shots, on top of 60 million AstraZeneca doses he had already planned to give to other countries.

Biden's move came as WHO Director-General Tedros Adhanom Ghebreyesus warned the world has reached a situation of "vaccine apartheid", calling on wealthier nations and vaccine producers to increase vaccine sharing.