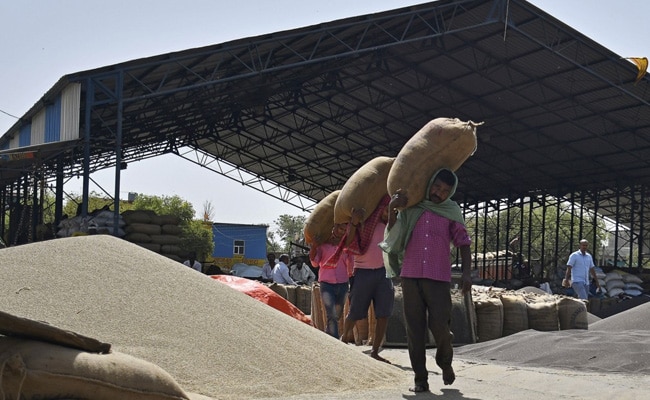 Growth has come down to a six-year low of 5%

Moody's Investors Service cut India's credit rating outlook to negative, citing a litany of problems from a worsening shadow banking crunch and a prolonged slowdown in the economy to rising public debt.
The sharp slowdown in growth and a surprise corporate-tax will put government finances under pressure this year. Moody's is projecting a budget deficit of 3.7 per cent of gross domestic product in the year through March 2020, a breach of the government's 3.3 per cent target.

India's growth outlook has weakened sharply this year, with a crunch that started out in the shadow banking industry spreading to retail businesses, carmakers, home sales and heavy industries. Growth has come down to a six-year low of 5 per cent, with Moody's saying there's a low chance of sustained growth at or above 8 per cent.

The slowdown "has been deeper and longer than anticipated," William Foster, vice president of Moody's Sovereign Risk Group, said in an interview to Bloomberg TV's Rishaad Salamat. "What we need to see for it to stabilize is really growth ticking back up on a more sustainable basis at higher levels and that feeding into the government's ability to raise taxes and bring down fiscal deficit."

The government said Friday it took note of the Moody's revision, while flagging the economy continues to be among the fastest-growing major ones in the world.

"India's relative standing remains unaffected," the Finance Ministry said in a statement. Steps taken by the government to strengthen the economy "would attract capital flows and stimulate investments," it said.

The downgrade to the outlook puts additional pressure on authorities to kickstart the economy, although they have limited room to move. The Reserve Bank of India has already cut interest rates five times this year, though lenders aren't passing on that easing to customers.

Moody's said it doesn't expect the credit crunch among non-bank financial institutions, which were the main source of consumer loans in recent years, to be resolved quickly.

Investors will closely watch the nation's gross domestic product data for signs of further, long-lasting weakness, which could result in another negative shift, according to Moody's. Stabilization in the non-bank financial sector, meantime, would be credit positive and could flag less risk of negative spillover into banks.

"There have been some concerns about fiscal slippage," said Shamaila Khan, director of emerging-market debt at AllianceBernstein in New York. "If the government is able to maintain discipline and mitigate spending by doing more privatizations that could help allay these concerns. There's a reasonable probability that that could happen, and this is a negative outlook so it gives them some time to play this out."

Infrastructure Output Of Core Sectors Rises 16.8% In May 2021