India’s economy could grow slowest in a decade: 10 facts 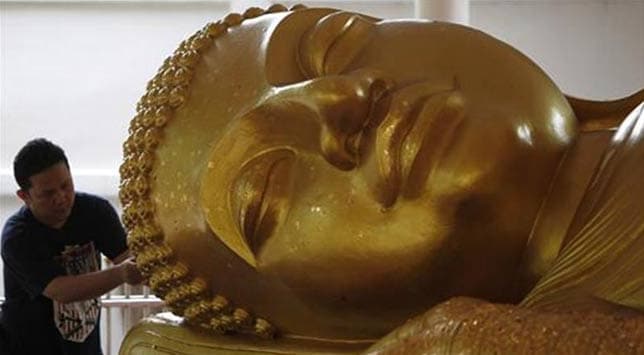 As India elects former finance minister Pranab Mukherjee as the new president today, the economy would grow at its slowest pace in a decade this fiscal year. According to a Reuters Poll, at 6.3 per cent for 2012-13, it would be the slackest pace of growth for India since 2002-03.

Here are ten facts about the state of the economy:

1) Even as growth falters, the rupee has been hitting all-time lows against the dollar, the government is struggling with bloated fiscal and current account deficits and inflation has remained stubbornly high, giving policymakers less room to manoeuvre. Gross domestic product in India is now expected to grow 6.3 percent during the fiscal year 2012/2013 and by 7.0 percent next fiscal, down from 7.1 percent and 8.0 percent, respectively, expected in the last survey in April.

2) Growth of 6.3 percent would be slackest pace of expansion for Asia's third-largest economy since 2002-2003, when it grew 4.0 percent. Growth predictions for India have now been slashed in six consecutive quarterly polls. All of the 17 analysts who contributed to this survey and the last downgraded their growth forecasts for this fiscal year and next.

3) The International Monetary Fund also sharply downgraded growth estimates for India to 6.1 percent this fiscal year and 6.5 percent in the next.

4) India's weakening outlook, along with softening in China, means any global recovery from the present economic slump will not be driven strongly by these two emerging economies - unlike after the financial crisis of 2008 when they saw nearly double-digit growth rates. "Immediately after the global financial crisis India grew very rapidly but that recovery was to a very large extent propelled by domestic stimulus, both monetary and fiscal," said Leif Eskesen, economist at HSBC.

5) The Reserve Bank of India hiked interest rates from 5.00 percent in early 2010 to 8.50 percent by the end of 2011 as it tried in vain to bring down racing inflation, slowly denting domestic demand.

6) New Delhi's slow pace of implementing structural reforms to removed supply-side bottlenecks has also weighed on growth. "A gradual pick-up in implementation of structural reforms will provide impetus to growth next year. It will also have a positive spillover effect for domestic and foreign investor sentiment," Eskesen added.

7) The central bank stunned financial markets in June by not cutting rates to revive flagging growth. Economists still believe it will have to reduce rates in coming months, though many have postponed the timing of the next move. They now expect the central bank to keep the repo rate unchanged at 8.00 percent this quarter, before cutting it to 7.50 percent between October and December.

8) The RBI's hawkish stance on inflation could mean further delays in rate cuts, especially after it indicated at the June meeting that the burden is on the government to revive growth. It surprised markets by cutting its policy rate in April by a steep 50 basis points, but has shied away since then from doing anything more, mainly because price pressures have remained strong.

9) The wholesale price index is expected to rise by 7.4 percent in this fiscal year, according to the poll, well above the central bank's commonly perceived comfort level of around 5 percent and up from 7.0 percent seen in the last poll.