The RCEP countries cover 45 per cent of the world population and more than $21 trillion combined GDP. Among the nations in RCEP, 10 are ASEAN countries along with China, India, Australia, Japan, South Korea and New Zealand. 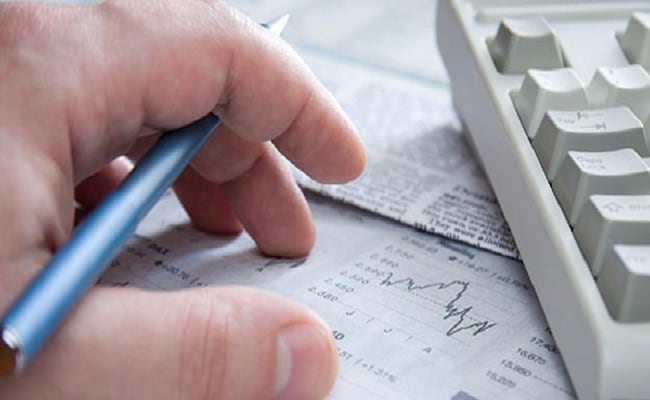 In the first three months of current year (January-March 2017), FDI fell by 28 per cent.

A mega-regional trade agreement will be at the heart of the agenda when 16 countries meet at Hyderabad, Telangana in the coming week. This agreement is called regional comprehensive economic partnership (RCEP), which aims to improve trade between these nations. It also goes beyond mere trade, and aspires to be an investment treaty. A controversial chapter on investment is part of the 23 and more chapters envisioned for the RCEP.

The RCEP countries cover 45 per cent of the world population and more than $21 trillion combined GDP. Among the nations in RCEP, 10 are ASEAN countries along with China, India, Australia, Japan, South Korea and New Zealand.

The meeting is important for the host India as foreign direct investment (FDI) - which has been one of government's main slogans - isn't increasing as per its hopes. In the first three months of current year (January-March 2017), FDI fell by 28 per cent. What is more worrying is the increasing number of investor arbitration suits filed by companies against India in recent past. Legal researcher and trade policy expert Shalini Bhutani has calculated that in last six years, investment arbitration suits of at least $7,000 million have been filed against the central and state governments.

Ms Bhutani explains, "If governments bring out a law or administrative order to address people's concerns, ecological issues or any other domestic need and that measure affects the business or revenue of any investor - whether company or investment agency of another country, it files arbitration suits against the host government. Many times the investors have raised very hefty claims as damages".

Ms Bhutani cites the recent arbitration notice filed by the investment authority of Ras Al-Khaimah in December 2016, which is a member of United Arab Emirates (UAE). Ras Al-Khaimah had invested in bauxite mining near the port city of Vishakhapatnam, but when the mining approval got cancelled in 2016 because of an order by the state government, the Ras Al-Khaimah Investment Agency (RAKIA) filed a suit of $44.71 million against the central government and the government of Andhra Pradesh. This claim was made possible by a provision in the UAE-India bilateral investment treaty (BIT).

Vedanta group which is registered in UK filed an arbitration suit of $3billion in 2016 and Devas multimedia filed a compensation case of $1 billion just two years ago. Likewise, more than a dozen companies have filed cases of billions of dollars against the central and state government. These international investment arbitrations were commenced using different BITs.

According to present BITs in a bilateral investment dispute, parties have to file the name of their arbitrators within 60 days. Three arbitrators are appointed, one from each side and one independent arbitrator. The decision is legally binding, often without any appeal. This totally bypasses the judicial system of the host country. In turn, it creates big business for the international arbitration industry. Trade experts say that India doesn't have any strong safeguards to avoid these arbitration suits. Though, they do point to the provisions of India's new model BIT (2015) that insists on exhaustion of local remedies, before investors can seek such arbitration. In the RCEP meeting India can push for such safeguards but it will have to rally support in her favour.

China, a booming economy which is a huge exporter in comparison of India, will not help as the trade deficit between the two countries is very big. According to the data released by general administrative customs (GAC) it was $46.56 billion in 2016-17 which show how unevenly balanced the equation is. China is also keen to be able to export its manufactured products on zero tariff basis to India under RCEP; a move that New Delhi has resisted thus far.

There is little hope from countries like Singapore, Japan, South Korea and Australia in this regard as these countries would like to safeguard the interests of their investor companies. Japan is the third biggest investor in India after Mauritius and Singapore. South Korea is at 14th position and China falls at 17th slot.

"We know China, Japan and Korea will be aggressive in RCEP, so we should try to make a block with small countries." says Prof Biswajit Dhar of Jawaharlal Nehru University. "There are two three countries, India should rope in. Malaysia and Indonesia should be our priority and then there are countries like Laos, Cambodia and Myanmar. This can be the combination India should focus to push the public interest and development. Since, countries like China and Japan will argue the case for their companies so we should strongly push the people's interest and this can work if we play it carefully."

Promoted
Listen to the latest songs, only on JioSaavn.com
Today foreign investors want to come in almost every field including health, water, power, education and the commodities of daily needs. A lot of money is being pumped by domestic investors via the Singapore and Mauritius route. (India's 50 per cent foreign investment comes from these two countries.) Trade expert and director of research group Madhyam Kavaljit Singh says, "Even Indian investors are using the weak old generation bilateral investment treaties to file suits against our governments. They just set up a company in another country and then initiate the suit under an existing BIT that India has with that country. They show themselves like a foreign investor. We have to keep this in mind."

India's actual experience with investment disputes must inform the positions it takes at RCEP. Other developing countries adversely affected by such investor suits are either stepping out of BITs (as Indonesia has done), or working at alternative regional-level dispute settlement mechanisms as in Latin America.