The country will need $17.77 trillion to meet its long term net-zero goals but it will have to find additional resources worth $12.4 trillion to complete the green journey, according to a study. 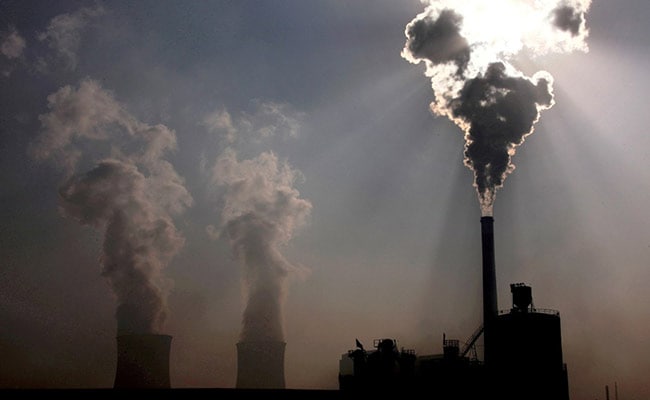 The journey to net-zero will help the world in its efforts to stave off the worst of climate change.

The country will need $17.77 trillion to meet its long term net-zero goals but it will have to find additional resources worth $12.4 trillion to complete the green journey, according to a study.

If this funding gap is met from external sources then household spending will rise by $7.9 trillion, it added.

According to a study by British lender Standard Chartered Bank, emerging markets, as a whole, will need an additional $94.8 trillion, an amount higher than their annual global GDP, if they are to meet climate goals without hitting their citizens' cost of living.

India will need to find a funding gap of $12.4 trillion to meet net-zero goals of emissions, out of the $17.77 trillion it needs for the green journey, and if this finance is provided by developed markets, the household spending may rise by $7.9 trillion compared to self-financing, wherein household spending may fall by $5.8 trillion, the study said.

The numbers are on top of the capital already allocated by respective governments under their current climate policies.

Conversely, if emerging markets transition to a greener future without help from developed markets, household consumption in these markets could fall by 5 per cent on average each year, the report noted.

The global journey to net-zero will help the world in its efforts to stave off the worst of climate change.

The report is of the view that private investors can contribute as much as $83 trillion of the $94.8 trillion that is required, underscoring the urgent need for financial institutions to fulfil green and transition finance pledges.

According to Standard Chartered estimate, India will need to invest an additional investment of $17.77 trillion to complete its journey to the net-zero level.

Of this $8.5 trillion in its power sector, $6 trillion investment in energy efficiency -- including industry transport and buildings, $2.7 trillion investment to offset carbon tax revenues, household heating tax, and $573.3 billion in other public expenditure like an early unveiling of the scrappage policy and heating subsidies. This leads to a funding gap of $12.4 trillion.

The world's top 300 investment firms with total assets under management of over $50 trillion have just 2 per cent, 3 per cent and 5 per cent of their investments in the Middle East, Africa and South America, respectively.

The report argues that to transition in the fairest way possible, greater collaboration is required in strategy, policy, and financing. More importantly, banks need to live up to the pledges made during COP26 if ordinary households are to avoid bearing the costs of their market's transition to net-zero.

The report goes on to argue that if emerging markets were to self-finance this gap, it will lead to higher taxes and an increase in government borrowings, meaning that some of the world's poorest people will have less to spend on their everyday needs. Households in these markets would be $2 trillion poorer on average each year. Between now and 2060, emerging market household consumption may come down by $79.2 trillion.

On the other hand, if developed markets finance this gap, it can see emerging market household spending increase by $1.7 trillion on average each year and may also stimulate global growth -- GDP could be $108.3 trillion higher cumulatively between now and 2060. Emerging markets being able to reach net-zero without hampering their growth or prosperity would represent a just and fair transition.

The lender is committed to reaching net-zero in its financed emissions by 2050, with interim targets for the most carbon-intensive sectors by 2030. The lender also plans to mobilise $300 billion in green and transition finance by 2030 to support the transition to net zero in the markets, Bill Winters, group chief executive at Standard Chartered said in the report.