Vasant Narasimhan is among a new generation of leaders at Novartis who have sought to improve the process in which drugs move from research to actually becoming a commercial product. 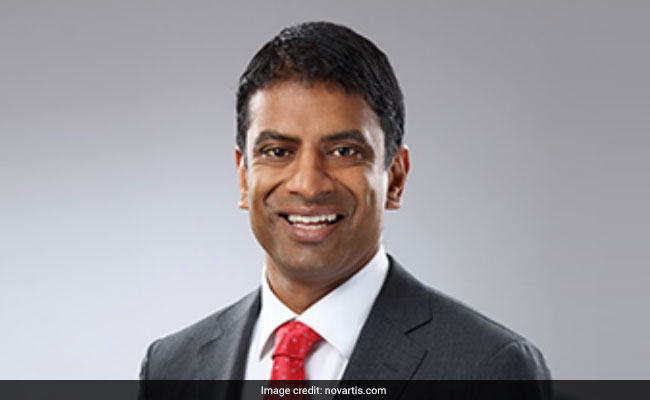 Vasant Narasimhan will be elevated as chief executive of Novartis in February, the Swiss pharma giant said today. Current chief executive Joseph Jimenez will retire next year. A Novartis employee since 2005, Mr Narasimhan is currently the global head of drug development and chief medical officer with the Swiss drug company. Just 41, he is among a new generation of leaders at Novartis who have sought to improve the process in which drugs move from research to actually becoming a commercial product.

Swiss drug maker Novartis had reported revenues of $48.5 billion in 2016.

"Vas (Vasant Narasimhan) is deeply anchored in medical science, has significant experience in managing the interfaces between research and development and commercial units and has strong business acumen with a track record of outstanding achievements," chairman Joerg Reinhardt said.

An American citizen, Mr Narasimhan is of Indian-origin. He had featured in Fortune's 2015 list of the most influential young people in business who are under 40.

He joined Novartis in 2005 and has held numerous leadership positions in development and commercial functions. In January 2017, he became a member of the Board of Trustees of the Novartis Foundation. Mr Narasimhan's most recent role was global head of development for Novartis Pharmaceuticals, overseeing the entire general medicines pipeline.

Mr Narasimhan had also served as a consultant at McKinsey & Company.

He received his medical degree from Harvard Medical School in the US and obtained a master's degree in public policy from Harvard's John F Kennedy School of Government. Mr Narasimhan received his bachelor's degree in biological sciences from the University of Chicago. During and after his medical studies, he worked extensively on a range of health issues in developing countries, the Novartis website added.

Promoted
Listen to the latest songs, only on JioSaavn.com
Mr Narasimhan is an elected member of the US National Academy of Medicine.