India is on the cusp of a major economic recovery and talks of possible stagflation are "overhyped", Niti Aayog Vice Chairman Rajiv Kumar has said 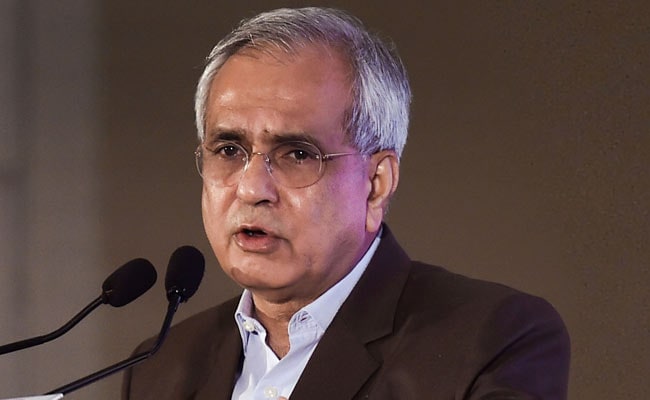 India is on the cusp of a major economic recovery and talks of possible stagflation are "overhyped" as a strong economic foundation is being laid with the reforms carried out by the government over the last seven years, Niti Aayog Vice Chairman Rajiv Kumar said on Sunday.

Notwithstanding economic uncertainties triggered by the Russia-Ukraine war that is also impacting global supply chains, Mr Kumar asserted that it was quite clear from all accounts that India will remain the fastest growing economy in the world.

"Given all the reforms that we have done in the last seven years, and given that we are seeing the end of the COVID-19 pandemic hopefully, and the 7.8 per cent rate of growth that we will get this year (2022-23), a very strong foundation is now being laid for further rapid increase in economic growth in the coming years," Mr Kumar said in an interview.

Asia's third-largest economy is projected to grow 8.9 per cent in 2021-22, according to recent government data. The Reserve Bank of India (RBI) has pegged the economic growth rate for 2022-23 at 7.8 per cent.

"So, I think India is on the cusp of a major economic recovery and economic growth," Mr Kumar said even as he acknowledged that because of the Russia-Ukraine war, India's GDP growth projection could be revised.

"But even then, India will remain the fastest growing economy and all the other economic parameters are actually quite within the range," he said.

Regarding concerns over possible risk of stagflation, Mr Kumar said the Indian economy is projected to grow 7.8 per cent in the current fiscal and this is nowhere near the definition of stagflation.

"I think this has been overhyped, because when you talk about stagflation, we talk about growth rates which are much below your rate of growth or potential output, which is not true at all for this time," he emphasised.

Stagflation is defined as a situation where inflation as well as unemployment are high and demand also remains stagnant in the economy.

On rising inflation, the Niti Aayog Vice Chairman said that RBI is keeping a close watch as per its mandate.

"I am sure that the RBI is well in control of it (inflation) and will take the necessary steps if and when required," he said.

Retail inflation hit an eight-month high of 6.07 per cent in February, remaining above the RBI's comfort level for the second month in a row while wholesale price-based inflation soared to 13.11 per cent on account of hardening of crude oil and non-food item prices.

RBI keeps a close watch on retail inflation while deciding on its bi-monthly monetary policy.

The RBI's Monetary Policy Committee (MPC) has been given the mandate to maintain annual inflation at 4 per cent until March 31, 2026, with an upper tolerance of 6 per cent and a lower tolerance of 2 per cent.

Incidentally the MPC is scheduled to meet between April 6 and 8 to review the key lending rates. It is expected to announce its decision on either keeping the repo and reverse repo rates unchanged or revising them.

Regarding high petrol and diesel prices, Mr Kumar said that given the global situation, fuel prices are rising across the world.

"In the past, the government had taken steps to reduce the tax burden. And I think, it's time now for the states to come forward if they feel that this is required to be done," he said.

In any case, Mr Kumar asserted, the government keeps a close watch on prices of all commodities including fuel and will take steps as necessary.

Rates of petrol and diesel are rising, and vary from state to state depending upon the incidence of local taxation.

Regulators Should Be A Step Ahead To Deal With Digitisation: Nirmala Sitharaman