The S&P BSE Sensex Index and S&P/ASX 200 Index have gained about 2% each since May 3, versus a more than 5% slump in the MSCI Asia Pacific. 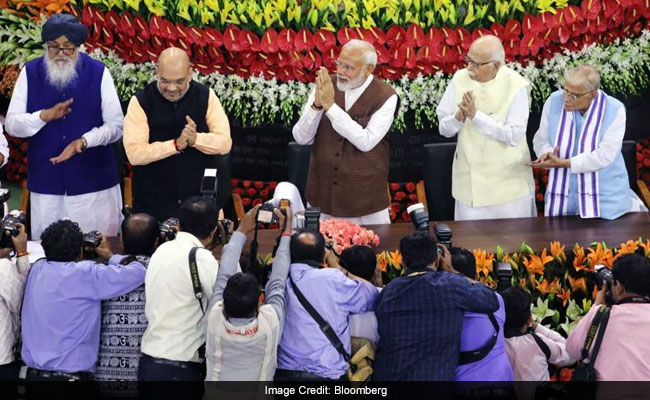 India and Australia have been islands of resilience in Asia this month, eking out positive returns as trade tensions re-ignited between the U.S. and China.

The S&P BSE Sensex Index and S&P/ASX 200 Index are the best-performing benchmarks in the region since U.S. President Donald Trump's Twitter broadside rocked investors, according to data compiled by Bloomberg. They have gained about 2% each since May 3, versus a more than 5% slump in the MSCI Asia Pacific.

Both countries' elections have helped divert investor attention, however briefly, from the negative trade headlines that transfixed the rest of the market.

In India, Prime Minister Narendra Modi's Bharatiya Janata Party swept to victory, establishing an even bigger mandate than it won in 2014. Stocks closed at a fresh record high Monday.

Meanwhile Prime Minister Scott Morrison led his conservative government to a surprise victory earlier in May, fending off a challenge from the left-leaning Labor opposition amid a slowing economy and persistent concerns about the housing market. Aussie shares traded just below their highest since 2007 on Tuesday.

"There is little to sustain the current rally and the market will very quickly worry about 'What next?"' Bank of America Merrill Lynch analysts including Sanjay Mookim said in a note last week. "Unlike 2014, this is more relief and not change. Near-term market moves will remain linked to emerging-market flows, the trade war outcome and moves in the U.S. dollar."

Investors will quickly return to concerns over slowing consumption, a brewing non-bank finance company crisis, as well as a combination of weak corporate earnings and expensive valuations, the analysts said.

As for those markets that have been hardest hit this month, including China and Hong Kong, there's still room for more downside. South Korea's Kospi is on the verge of losing its year-to-date gains. Bloomberg economists Dan Hanson and Tom Orlik have mapped out a worst-case scenario for global markets -- if tariffs expand to cover all U.S.-China trade and markets slump in response, global GDP will take a $600 billion hit in 2021, the year of peak impact.