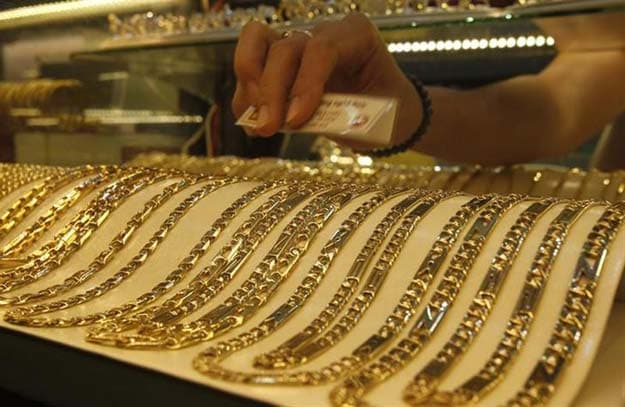 India increased its import duty on gold jewellery from 10 per cent to 15 per cent, the finance ministry said on Tuesday, setting it higher than the duty on raw gold in a move to protect the domestic jewellery industry.

"To protect the interests of small artisans, the customs duty on articles of jewellery ... is being increased," the ministry said.

The government has also curbed raw gold imports through measures including three duty hikes this year to a record 10 per cent. The RBI has put tight restrictions on importers that have sharply curtailed supplies.

India imported gold jewellery worth $137.57 million between April and July - a fraction of overall bullion imports, which were valued at $2.9 billion in July alone.

The world's biggest buyer of bullion, India imported a record 162 tonnes in May, creating a headache for the government which is trying to rein in a wide current account deficit and support a weak rupee.

Gold is the biggest non-essential item in India's import bill although jewellery is a tiny fraction of the purchases.

The hike in the duty on jewellery was demanded by the domestic industry on concerns over imports of cheaper jewellery from Thailand, Malaysia and elsewhere.

Promoted
Listen to the latest songs, only on JioSaavn.com
"This is a good move for the local industry and it will support the manufacturing sector," said Haresh Soni, chairman of the All India Gems and Jewellery Trade Federation.

India's jewellery industry numbers about 400,000 retail jewellers and is largely made up of tiny market shops owned by the same families for generations.