"India will not experience a deficient monsoon," said Dr KJ Ramesh, Director General of Meteorology, IMD, on monsoon forecast for 2018. 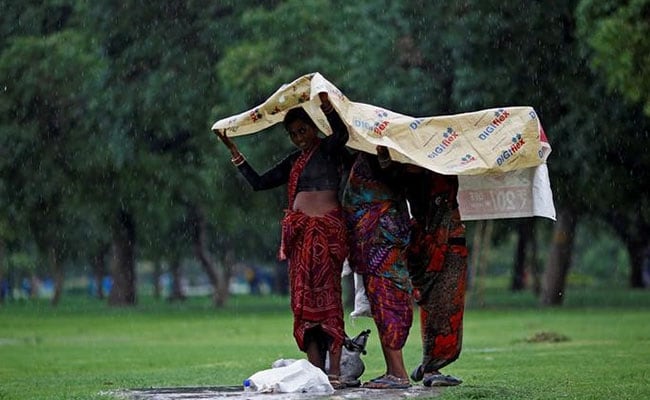 IMD Monsoon Forecast: Onset of monsoon will start in Kerala from end of May or first week of June.

The India Meteorological Department (IMD) forecast a normal monsoon at 97 per cent of long period average for the country on Monday. "Considering the Indian Ocean variability...India is going to witness the third successive normal monsoon with a quantitative figure of 97 per cent plus minus 5 per cent. India will not experience a deficient monsoon," said Dr KJ Ramesh, Director General of Meteorology, IMD. The onset of monsoon is expected in Kerala from the end of May or the first week of June, and will cover the country in the next 45 days.

The IMD will again brief in May after the monsoon hits and the next assessment will happen in June.

"If the monsoon predictions are accurate, the agricultural sector is set for a boost. Moreover, sectors like fast moving consumer goods, auto, fertilizers, and cement are likely to get a boost. Agriculture accounts for nearly 15 per cent of the nation's GDP (gross domestic product). There is a direct co-relation of economy with rains. Rains are necessary but what is more important is quantum and distribution of rain," said Ritesh Ashar – Chief Strategy Officer (CSO), KIFS.

A 'good'/'poor' monsoon will have affect inflation in the economy. Recently, retail inflation for the month of March hit a five-month low as it eased to 4.28 per cent as compared to 4.44 per cent in February. However, it was still above the Reserve Bank of India (RBI) medium-term target.

Earlier on Monday, wholesale inflation was recorded at 2.47 per cent in March against 2.48 per cent in February, government data showed.

The Monetary Policy Committee of the Reserve Bank of India (RBI) cut its April-September inflation projection to 4.7-5.1 per cent, from a previous range of 5.1-5.6 per cent it had forecast in February. The RBI kept its key policy rates unchanged in in April meet. The second bi-monthly monetary policy meet of the RBI is slated to happen in June.