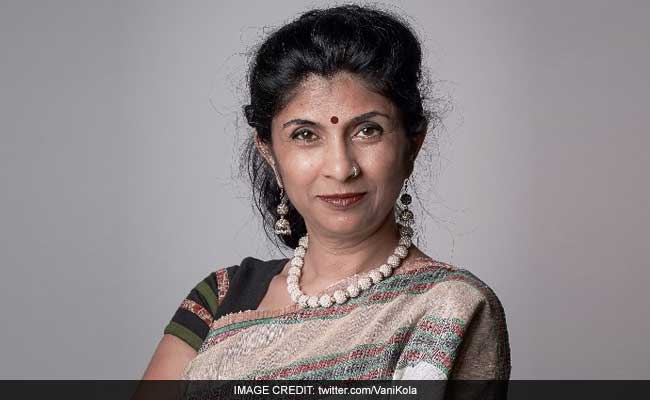 If the startup market in India is headed for a crash, no one will pay as high a price as Vani Kola.

The 52-year-old is co-founder of Bangalore-based Kalaari Capital and one of the country's largest venture investors. She's raised about $650 million and holds stakes in more than 60 startups, including the country's two most valuable, Flipkart Online Services Pvt. and Jasper Infotech Pvt's Snapdeal.

But this year is shaping up to be perhaps the roughest ever for India's technology companies. Foreign giants like Amazon.com Inc. and Uber Technologies Inc. have trained their sights on the market just as many venture firms slash investments, fueling predictions that most local players will be squashed. Kola isn't backing off. She has kept up her pace of investments and even launched an accelerator a year ago to nurture more entrepreneurs.

"There's a recent view that the story of most Indian startups is over and Uber and Amazon can declare victory," she said during an interview in the board room of Kalaari's incubator, decorated with traditional Indian brass oil lamps and an impressionistic painting of a sheep and train engine. "I will never underestimate these entrepreneurs' ability to think their way out of a problem."

Kola has a record of success. She raised her first $210 million fund in 2006 with Vinod Dham, best known for developing Intel's Pentium chip, and placed bets on e-commerce startups just as that business began to take off. Since parting with Dham, she has raised another $440 million, making her the second-largest firm in India by assets and the biggest run by a woman, according to researcher Preqin Ltd. Of the firm's 84 investments, Kola has managed to sell 21 startups.

"She is among the top five VCs in India," said Mohandas Pai, chairman of the venture firm Aarin Capital Advisors and former chief financial officer at outsourcer Infosys Ltd. "She came to the internet business very early. Nobody else saw its potential then."

'Not That Kind of People'

Kola grew up in the southern city of Hyderabad and studied engineering at university. She headed to the U.S for a master's degree when she was 20 and stumbled upon her first business idea a few years later while working as a product engineer. When she called home in 1996 to tell her father, a government employee, that she was starting a company, he was hardly enthusiastic. "We are not that kind of people," he said.

She went ahead and founded RightWorks Corp., which helped businesses set up software systems to buy and sell globally. After some early struggles, she signed on customers like General Electric Co. and PepsiCo Inc., and four years later agreed to sell control of the business for $657 million in cash and stock. She had become an entrepreneur -- and a rich one. She started another company, Certus Software, and sold her stake in that one too. By the end of 2005, she had money and experience: She decided to move back to India and work with young entrepreneurs.

She raised her first $210 million in capital in about six months, persuading investors the time was ripe for India's entrepreneurs. Many of her fellow countrymen who had gained experience abroad were returning home, and the opportunities in sectors like e-commerce looked enormous. "Many people talked of the limitations; I saw the possibilities," she said.

She was convinced that local startups would have a fundamental edge over foreign competitors. She reasoned that outsiders would struggle to navigate complex business practices that are unlike any place in the West, including inefficient payment practices, byzantine regulations and underdeveloped infrastructure. "Even today, the delivery boy will call the customer 20 times to announce he is coming, ask for directions, etc.," Kola says.

Shortly after setting up her fund, she began to get unsolicited e-mails and phone calls from a pair of twenty-somethings, Kunal Bahl and Rohit Bansal. The duo had started an e-commerce company that had been turned down by every other venture investor they could find. Kola met them at the boardroom of Kalaari, in the Whitefield neighborhood of Bangalore. Within 48 hours, she offered her support. She was drawn to the pair's discipline and ambitious plans to give Indian consumers efficient online commerce, through what is now called Snapdeal. "Vani was our first institutional investor and we had done the rounds of all the 13 other VCs by then," Bahl recalled. "What could she have possibly seen in us? We were two struggling 26-year-olds selling physical coupon books!"

The relationship hurtled through difficult stretches. In 2013, Snapdeal was close to running out of cash. Kola came in and agreed to invest 20 percent of her fund into the startup. "When someone does that, you want to give your 1,000 percent," Bahl said. The effort has paid off: Snapdeal was last valued at $7 billion, according to CB Insights.

Kola has also invested in the travel website Via and the fashion retailer Myntra. The latter grew to become India's biggest fashion website and was acquired by Flipkart, the leader in e-commerce, for $330 million. Kola's strategy to invest in ambitious entrepreneurs who want to create something big in a new and emerging market was becoming rewarding. She says her decisions stem in part from a willingness to accept the risk of not being right all the time.

"Vani is insightful and supportive yet very frank and firm on non-performance," said Ratan Tata, who is interim chairman of the Tata Group conglomerate and sits on Kalaari's advisory board.

The firm's incubator, in a glass and chrome building next door to Kalaari's offices, has the bustle of a Silicon Valley startup -- with Indian touches. Kola is dressed in a hand-embroidered white and blue salwar kameez, formal Indian attire consisting of a tunic and loose pants. She wears a nose ring. One of her frequent gestures is to close her eyes while talking as if to concentrate on a particular point.

She says she draws lessons for work from raising two girls through their teenage years. "It's not about being popular all the time," Kola said. "It's about setting them on the right path through thoughtful dialog, treating their personal vulnerabilities with discretion and being there to support them during their moments of self-doubt."

She makes a point of getting back to founders within 24 hours no matter where she is. Kola has given advice on personnel crises, financial strains, stressful conversations and management strategy. Snapdeal co-founder Bahl refers to her, only part jokingly, as his "work mother."

At the incubator, startup founders get parent-like perks too. There are fruits and other healthy snacks every morning and home-made chikki, a kind of peanut brittle. There are also personal trainers, exercise equipment and weekly meditation lessons. "It is not just caring about what they do but caring about them in a wholesome way," Kola says, closing her eyes.

She recharges at her farmhouse an hour's drive from downtown Bangalore. A lifelong vegetarian, she grows her own produce there to supply most of the family's food and keeps a pair of Labradors. She meditates every day and follows the ancient Indian philosophy of karma, whereby good deeds contribute to future happiness. She also responds to her daughters at least as quickly as her entrepreneurs. She's stepped out of meetings to answer their distress calls, including when she left a board meeting to talk her younger teenage daughter through a meltdown. "My best friend hasn't called and it's my birthday," the girl said.

These days are considerably more tense for entrepreneurs in India. Venture money is drying up, especially with the retreat of foreign firms like Tiger Global Management. One research firm has started a list of dead or dying startups, called the Deadpool, that stretches to more than 800 companies.

Kola is funding many of the entrepreneurs who would otherwise be shutting down, just like she did with Snapdeal. She put money into 10 companies in the first three quarters of this year through Kalaari, about the same pace as last year, and has funded another eight startups through her accelerator. During a second interview at the coffee shop of a luxury hotel, she sounded more than a little protective of her portfolio companies.

"Their death has been foretold many times but I can say this much, these companies are not slated to die," she said, dipping a biscuit into her cup of ginger-infused green tea.

Kola has a majority of her investments in e-commerce, one of the gloomier segments now that Amazon is spending billions to win over customers. Bangalore-based Zivame is a online shop for lingerie that lets people buy intimate clothing more discreetly, while Guarented offers home furniture and appliances on short-term rentals to on-the-move millennials. Mumbai-based Holachef offers 400 freshly-made menu items, a pioneer in a once-popular niche that is now far out of favor. "Foodtech startups have gone from everybody-loves-you to nobody-thinks-you-can-succeed," said Kola. The startup has streamlined its supply chain and focused on making each transaction profitable as it works to survive the downturn.

She believes more than ever that local entrepreneurs will hold their ground against foreign competition. To illustrate, she explains the experience of shopping for a car when she returned to India from the U.S. There are no lots for customers to check out models, so employees brought cars to her doorstep for test drives. When she finally chose the car she wanted, the salesman arrived at her home with the car, all the necessary paperwork, as well as a basket of flowers, coconut and chocolates - for the divine offering that is customary before driving a new car in India. "India can never be a repeat of the U.S. or China," she said.

To contact the author of this story: Saritha Rai in Bengaluru at srai33@bloomberg.net

To contact the editor responsible for this story: Peter Elstrom at pelstrom@bloomberg.net Robert Fenner