How India's power sector is losing Rs 55,000 crore per year 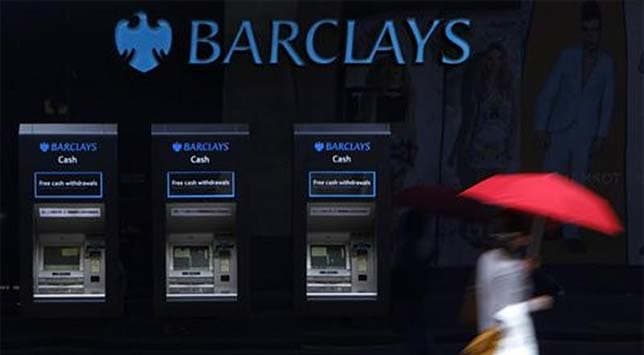 A decade ago, Chandrakant's fishing village in India's financial capital Mumbai lived mostly by candlelight. What people did not have — electricity — they stole.

It was easy enough to hook onto the two thin power lines that passed over the village and take a little for themselves.

Today, his settlement has moved up the feeding chain of Mumbai neighbourhoods and most residents have city electricity meters. But the loose habits of the past persist. Residents still steal power on special occasions, weddings or funerals that need to be lit brighter than their home meters can bear.

An electrician like Chandrakant — who asked that his full name and that of his neighbourhood not be revealed because of his illegal activity — just hooks onto one of four main distribution lines in the village, with the quiet approval of local officials.

India's power sector is lousy with thieves. Men like Chandrakant are the least of them.

As much as 40 percent of the power generated in India is not paid for. The bulk of it is stolen.

If that seems unsustainable, it is.

India suffered the worst blackouts in history this week, which left over 600 million people without power. The lights are back on, for now, but the crisis is evidence of deep problems in a sector teetering on the edge of bankruptcy for the second time in a decade.

Investigators have yet to pinpoint the cause of this week's shutdowns. Early, contested reports suggest states were drawing more than their share of power. Scanty rainfall has driven up demand, as farmers switch on electric pumps for irrigation, and crimped hydroelectric supply, which generates about 20 percent of India's electricity.

The deeper problem, however, stems from decades of populist pricing and inefficiency that have pushed losses at state utilities to an estimated $10 billion in the year that ended in March, according to the Planning Commission, a top government advisory body. That's roughly 1 percent of India's gross domestic product.

Losses from theft aside, state utilities are losing increasing amounts on every unit of electricity they sell because tariffs set by regulators have not kept pace with rising costs.
In the most recent fiscal year, utilities lost an estimated 1.07 rupees (about 2 cents) per kilowatt hour, up 40 percent since fiscal 1999.

New Delhi is now contemplating a $21.7 billion bailout for state utilities, last thrown a lifeline in 2001.

The problem really begins in the ground, with coal, which accounts for more than half of India's electricity supply.

Efforts to force Coal India — an inefficient government behemoth with a near monopoly on coal mining — to ramp up supply have foundered. Fights over land acquisition and stalled environmental clearances have made it difficult to open new mines. Power companies now are looking overseas for coal.

In the last four years, the cost to utilities of buying power rose 21 percent — faster than ever before, according to PricewaterhouseCoopers — but they have been unable to pass that to consumers because of price regulations.

Politicians currying favour with the farm vote have granted free or heavily subsidized power for agriculture, while idealists have fought to bring affordable light to the poor. Much of rural electricity is unmetered, creating opportunities for abuse.

Kameswara Rao, executive director of energy, utilities and mining at PricewaterhouseCoopers in India, said India should force states to raise rates in line with inflation and sell off part of their distribution grids to private companies.

Regulators, however, have been reluctant to raise consumer prices, preferring to push utilities to become more efficient. States don't want to cede control of their massive utilities, which rake in billions of dollars in annual revenue.

With their rickety finances, state power companies have not been able to keep pace with rising demand and have expanded the grid faster than they can manage it, analysts say.

Even though Indians use very little energy — per capita consumption is a third of the world average — there is not enough juice to go around. India has allocated 14.5 percent or more of its budget to the power sector since 1969, but has managed to add only half has much capacity as planned for the last 15 years.

At peak times, demand outstrips supply by over 10 percent, according to the Planning Commission.

"When a network grows you need more staff to police the network. If I don't see staff for a few months, it's easy for me to go hook onto a wire," Rao said. "The utility staff that comes around could just turn a blind eye. It's no different than passing a buck to a traffic cop, saying, 'Hey, let me go.'"

Lack of staff also means broken meters go unfixed and new areas are hooked to the grid before a billing system is in place, adding to losses, he said.

Pressure for price hikes is building, Rao said. Banks have stopped lending to state utilities, which has forced them to ration electricity because they don't have enough cash to buy more power, he said.

"People get upset," he said. "They say, 'Increase the tariff, just give us better supply.'"

It puts at risk the finances of private companies that sell utilities power, creating a disincentive to investment in a sector that badly needs it.

India's mainly state-backed banks loaned a lot of money to power companies and face large write-downs that could lead to a credit crunch, she said.

Promoted
Listen to the latest songs, only on JioSaavn.com
The timing could not be worse for New Delhi, which is under pressure to reduce its fiscal deficit even as slowing growth imperils tax revenue.

"Banks will take a hit," Desai said. "At some point it will fall on the central government to recapitalize the banks."