The Economic Survey, the annual report card of the country's financial health, sees Gross Domestic Product (GDP) to rise between 7 per cent and 7.5 per cent in fiscal 2019 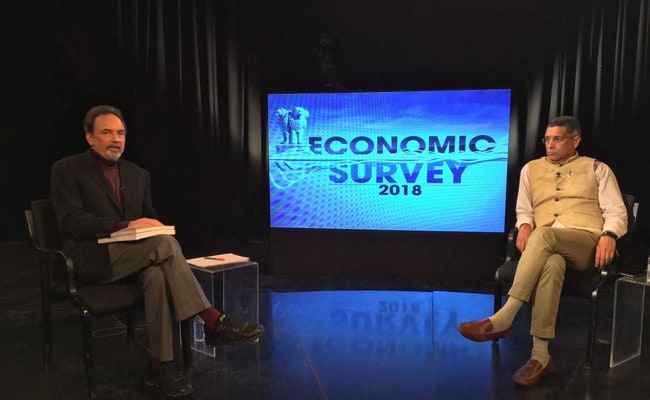 India's pre-budget economic report, the annual Economic Survey, today predicted that India would have the fastest growing major economy in the coming fiscal year. Chief Economic Adviser Arvind Subramanian talks to NDTV's Prannoy Roy about economic growth, the impact of demonetisation, Goods and Services Tax (GST) and much more. The annual report card of the country's financial health sees Gross Domestic Product (GDP) growth at 6.75 per cent in fiscal 2018. It says a series of major reforms undertaken over the past year will allow real GDP growth to rise to between 7 per cent and 7.5 per cent in fiscal 2019. Presented to parliament on Monday by Finance Minister Arun Jaitley, the Economic Survey went on to say that though the plan has been to reduce the fiscal deficit from an estimated 3.2 per cent this year to 3 per cent in fiscal 2019, a pause in the move toward a lower deficit could be merited in order to give the economy momentum. What does all this mean for you?

Jan 29, 2018 21:58 (IST)
Prannoy Roy: India is falling way behind in education. India is only at 25 per cent in basic competency of students compared to China's 90 per cent. Indian students are one of the brightest, many trainers who come to India have said.

Arvind Subramanian: Learning outcomes are not keeping up. But enrolment has gone up because of Right to Education.

#EconomicSurvey2018 says next frontier on the ease of doing business is addressing pendency, delays and backlogs in the appellate and judicial arenas pic.twitter.com/p97CXGav1P 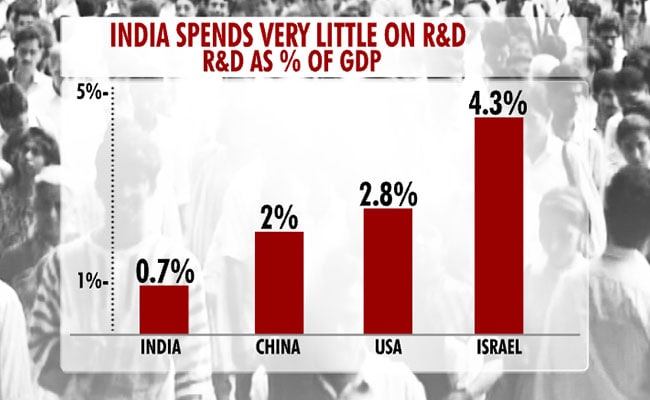 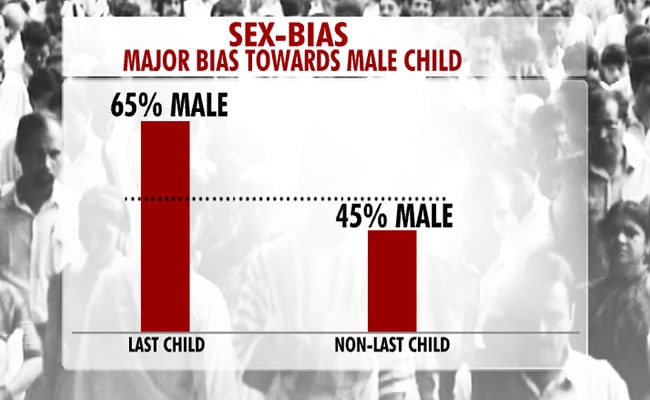 "Indian parents often continue to have children till they have the desired number of sons," says Economic Survey2018 drafted by Chief Economic Adviser Arvind Subramanian and his team. 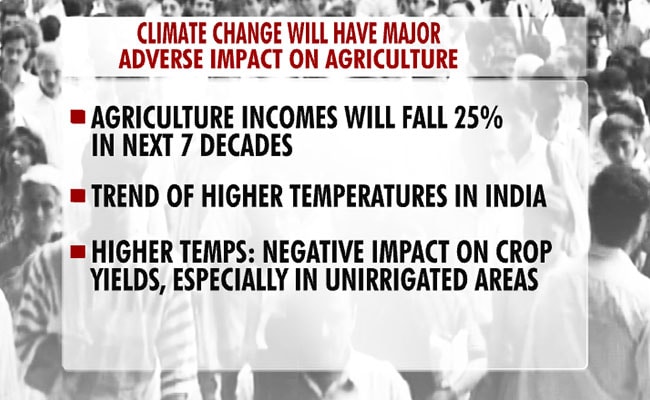 The Economic Survey2018 captures the footprints of climate change in the country and consequent adverse impact on agricultural yields. Climate change might reduce farm incomes by up to 20-25% in the medium term.
Jan 29, 2018 21:39 (IST)
Arvind Subramanian: The level of taxpayers has gone up quite a bit. There's a lot of confusion about, is the GST bringing in enough money or not? People say this year they are getting 11 months of GST. Just see, how much you were collecting last year, and this year how much you are collecting -- there has been good growth. 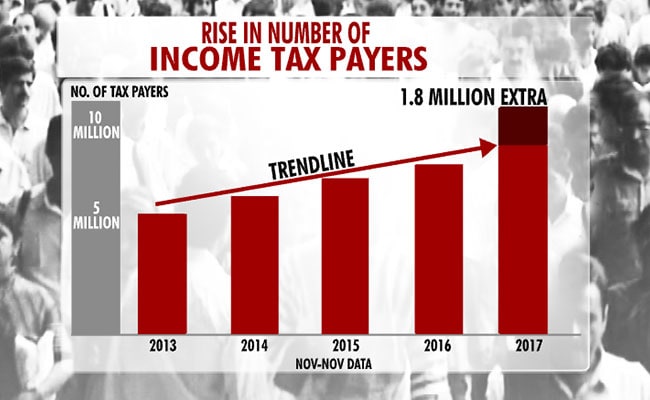 The Economic Survey 2018 highlights substantial increase in registered indirect and direct taxpayers. Indirect taxpayers are up 50% while there's been a large increase in voluntary registrations, especially by small enterprises, largely due to GST roll-out.
Jan 29, 2018 21:37 (IST) 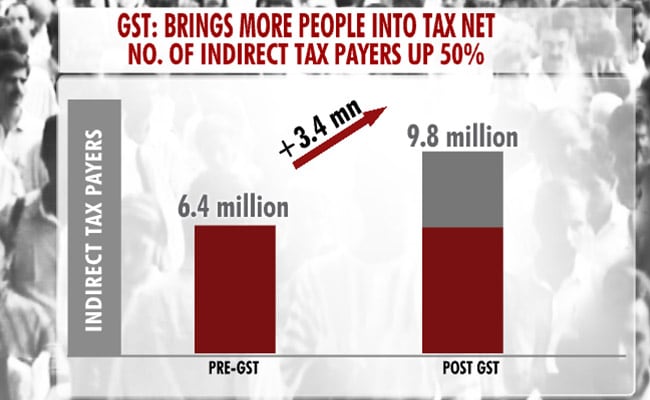 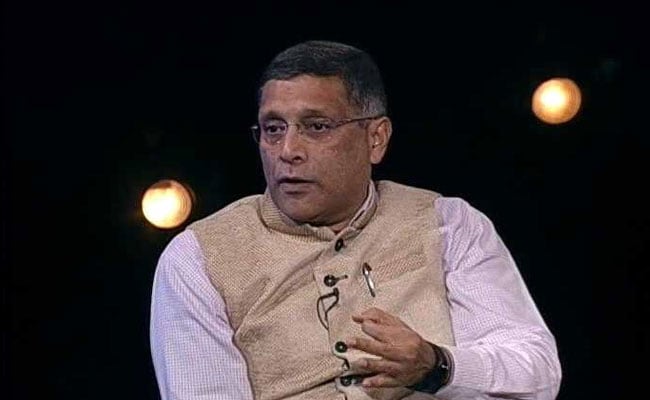 Arvind Subramanian: Stocks and bonds are sending two messages. Stocks are saying it's a revival, but bond markets are saying there is inflation, oil market worries -- it's a duality of revival and concerns.
Jan 29, 2018 21:30 (IST) 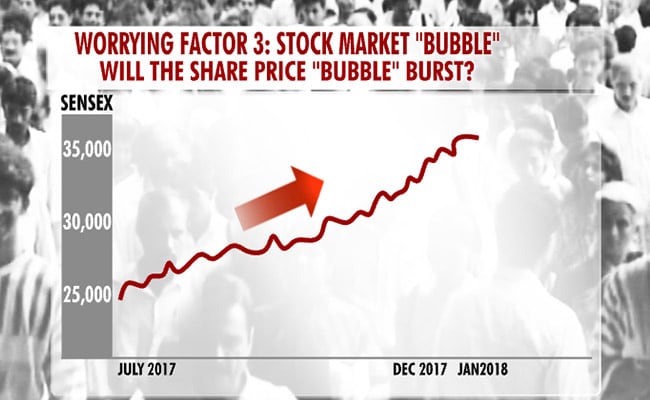 There is huge run up in stock prices in the US, Japan, China, South Korea, Mr Subramanian said, adding that in advanced economies real interest rates are very low and stock prices are justified by low interest rates. "But in India real interest rates are very high, he said." He said that in the Indian case, there has been a massive portfolio reallocation because of GST and demonetisation. Money has moved from gold to mutual funds. Look at mutual funds, they have seen a huge growth, he said.
Jan 29, 2018 21:25 (IST) 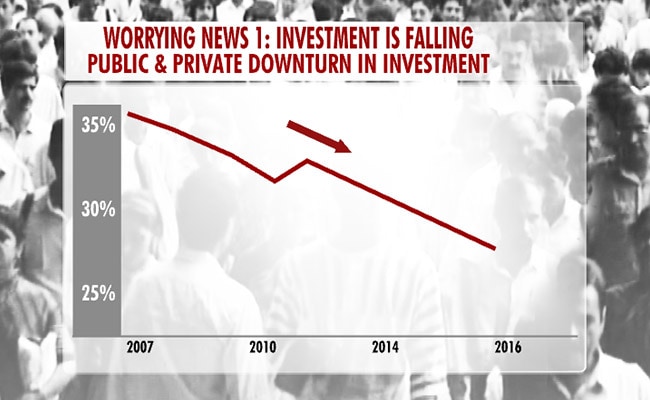 Economic Survey2018 warns coming year could be challenging with investment slowdown weighing on economic growth. Cautions that persistently high oil prices remain a key risk for a country that relies on imports for much of its fuel needs. 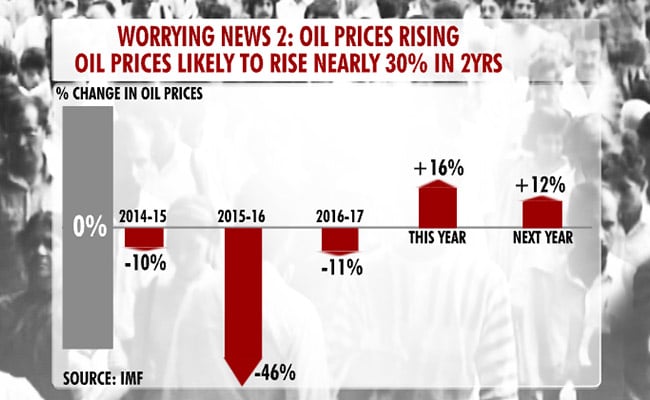 Jan 29, 2018 21:18 (IST)
"When companies over-borrow, banks tend to lend too much. It's a case of balance sheet recession," Mr Subramanian said. However, investment has been rising in the last two years, he added. 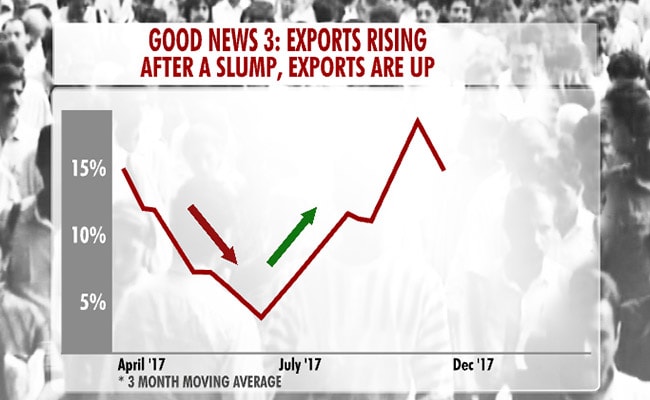 Growth is picking up because temporary impact of demonetisation and GST has dissipated. Exports have picked up and manufacturing export growth is about 11.3%. Exports could be the key drivers of growth in fiscal 2019.
Jan 29, 2018 21:11 (IST)
Arvind Subramanian: For the first time since 2010, it has been the most broad-based growth this year.
Jan 29, 2018 21:10 (IST) 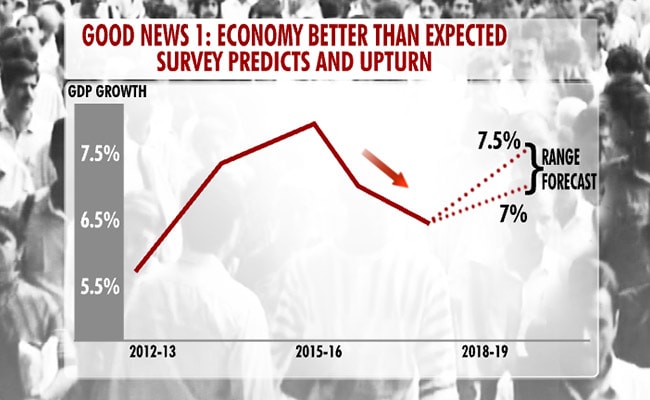 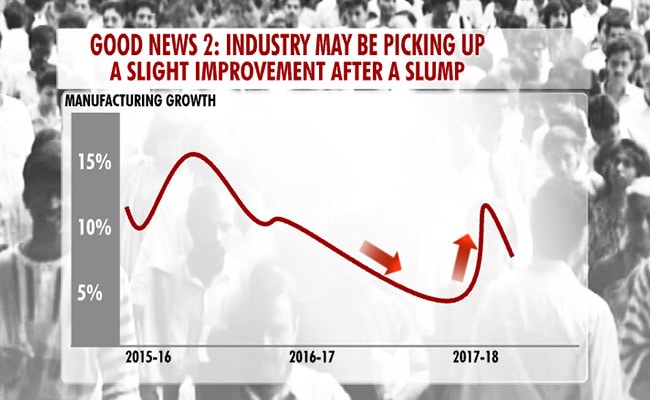 Arvind Subramanian: De-acceleration happened in India when the world was accelerating... Going forward, the impact of GST and demonetisation will be positive.
Jan 29, 2018 21:04 (IST)
On why the pink cover of Economic Survey 2018, Arvind Subramanian said, "It is a small gesture of solidarity with women on their issues... We have a big chapter on gender as well."
Jan 29, 2018 21:02 (IST)
GDP growth is set to accelerate next year, according to the Economic Survey. Manufacturing is also likely to be on a recovery path and export growth is looking up in a boost for the economy. However, investment slowdown could be weighing on economic growth and rising oil price remains a concern for the economy. Stock markets have surged to record highs, raising fears of a sharp correction. On the tax front, there has been a sharp rise in taxpayers' base.