HDFC Bank New CEO: Sashidhar Jagdishan completed his graduation in science with specialization in physics, and is a chartered accountant. 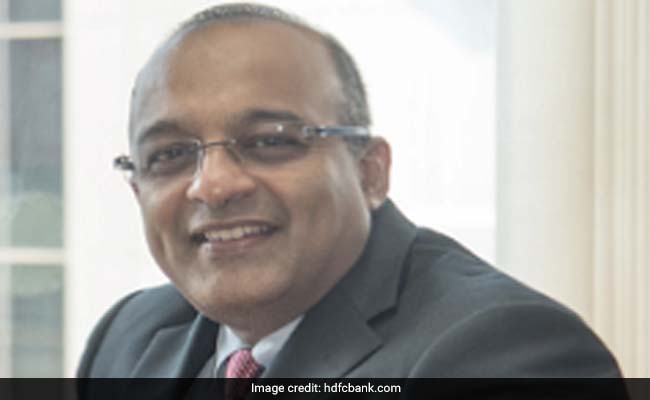 The Reserve Bank of India has approved the appointment of Sashidhar Jagdishan as the new managing director and CEO of the country's most valued bank - HDFC Bank - with effect from October 27. Sashidhar Jagdishan will succeed Aditya Puri, who is due to retire as managing director of HDFC Bank on October 26, 2020. Mr Jagdishan joined the bank in 1996 as a manager in the finance function and later became business head-finance in 1999 and was appointed as chief financial officer in the year 2008, HDFC Bank said in a regulatory filing.

Here is a brief profile of Sashidhar Jagdishan, who will head HDFC Bank starting October 27:

Sashidhar Jagdishan completed his graduation in science with specialization in physics, and is a chartered accountant. He also holds a master's degree in economics of money, banking & finance from the University of Sheffield, UK.

Prior to joining HDFC Bank, Mr Jagdishan was a senior officer in the country financial control division of Deutsche Bank, AG, Mumbai.

He has played a critical role in supporting the growth trajectory of HDFC Bank.

Mr Jagdishan will face the challenge of maintaining HDFC Bank's relatively high asset quality and loan growth as the coronavirus pandemic sends the country's economy into a deep slump.

Mr Jagdishan will be replacing Mr Puri, who has been at the helm of the bank since its inception in 1994.

Mr Puri has led HDFC Bank to be the country's largest and most valuable bank, on the back of a strict hold over asset quality.