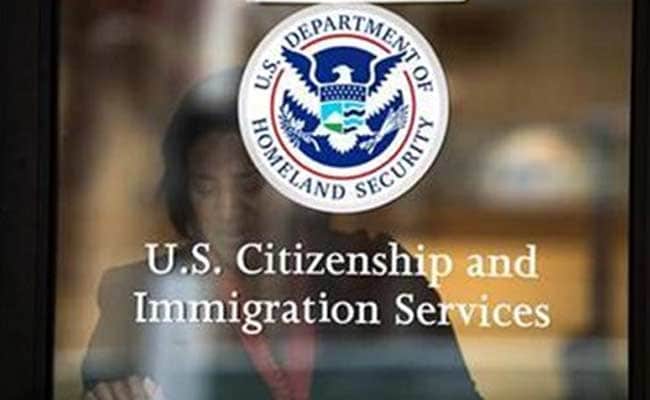 The USCIS gets more H-1B applications than the Congressional mandated limit of 65,000 in general category

Washington: A US court has dismissed a lawsuit that challenged the lottery system adopted to determine successful applicants for H-1B visas, popular among Indian IT firms and professionals. As per the ruling by a federal judge in Oregon, there will be no change in the H-1B visa issuance process for the fiscal year 2018, which begins on April 3. As a result, successful H-1B visa applicants are expected to be determined by the US Citizenship and Immigration Services (USCIS) through a lottery system.

The US Citizenship and Immigration Services or USCIS receives more applications for H-1B visas than the Congressional mandated limit of 65,000 in the general category and another 20,000 for those foreign students who have masters or higher degrees from US academic institutions.

The case against the lottery system was filed by two firms from Portland - Tenrec Inc, a web development company, and Walker Macy, a landscape architecture firm.

In its 31-page order last week, US District Court Judge Michael Simon upheld the US Citizenship and Immigration Services' argument that an H-1B visa application is not considered as filed unless a lottery determines it.

"Because Congress left to the discretion of the USCIS how to handle simultaneous submissions, even if petitions are considered 'filed' immediately upon delivery, the USCIS has discretion to decide how best to order those petitions," Mr Simon said.

"Plaintiffs offer no suggestion of how to order 150,000 petitions being delivered on the same day that is less arbitrary than a random computer selection. If a carrier delivers bags of envelopes containing petitions, it is just as arbitrary to order them based on how the envelopes are removed from the delivery bag as it is to randomly select the petitions from a computer," the judge said.

The US Citizenship and Immigration Services resorts to a computerised draw of lots if the number of H-1B visa applications crosses the Congressional allotted quota in the first five days after it starts accepting the petitions every year in the month of April.

"The Court recognises that the practical implication of this rule is that every petition will be subject to the random computer-generated selection process in years when the numbers of petitions needed to meet the statutory cap are met in the first five days," the judge said.

Promoted
Listen to the latest songs, only on JioSaavn.com
Attorney Brent Renison, who represented the two Portland companies - Tenrec and Walker Macy, said the court did not say the lottery was the best way to distribute visas, only a permissible way.

"While we disagree with the court's ultimate ruling which defers to the agency, we note that Congress can change the system for the better," he said.

Sony To Launch PlayStation 5 In India In February