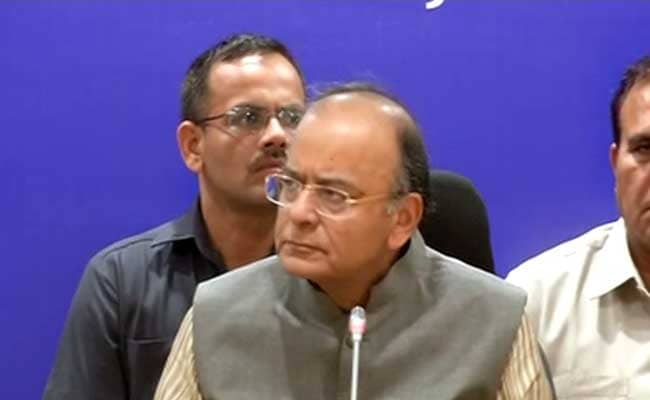 The approval of state-GST (SGST) draft is on the anvil, says Arun Jaitley.

The GST Council unanimously approved the draft central GST and integrated GST laws in its 11th meeting today. The Centre wants to bring these bills in the second half of the Budget session that starts next week as it wants to stick to the July 1 deadline to rollout GST.

The Centre also agreed to apply the formula of composite tax of 5 per cent to eateries and restaurants whose annual turnover do not exceed 50 lakh. The move is expected to keep dining out at smaller restaurants an affordable experience because of lower taxes.

"The GST Council has cleared the final draft of CGST, IGST law and the approval of draft of state-GST (SGST) which is to be cleared by state assemblies is on the anvil," Finance Minister Arun Jaitley said.

"CGST, IGST and Union Territory-GST (UTGST) law to be taken to Parliament in the second half of Budget session starting March 9," Mr Jaitley said. "UTGST and SGST draft bills will be taken up for discussion and approval at the council's next meeting on March 16," he added.

Finance Ministers from the states, however, say every state government will have to pass their own state-GST and classify tax rates for each item that is sold in the market -- also called fitment -- before GST can be rolled out.

"We are very happy that the Centre has agreed to 26 recommendations of the states," said West Bengal Finance Minister Amit Mitra told reporters and added, "Parliament passing the CGST and IGST are the first parts. States will have to pass their law and then the process of fitment will take place."

"It was a fruitful discussion today and we have also discussed the issue of bringing small hotels under 5 per cent tax bracket as they employ a large number of people," Mr Mitra further said.

Last month, the GST Council had approved a law to compensate states in case they lose out on revenue because of the implementation of new national sales tax.

The council will also get down to fixing rates of taxes for different goods and services by fitting them into the four approved slabs of 5, 12, 18 and 28 per cent.

After the CGST law is approved by Parliament, the SGST law will have to be cleared by respective state legislatures.

Billed as the uniform single market tax, GST will replace a plethora of central and state taxes, is a consumption-based tax levied on sale, manufacturing and consumption on goods and services at the national level.

Promoted
Listen to the latest songs, only on JioSaavn.com
Under it, CGST will be levied by the Centre, SGST by states and IGST on inter-state supply of goods and services.