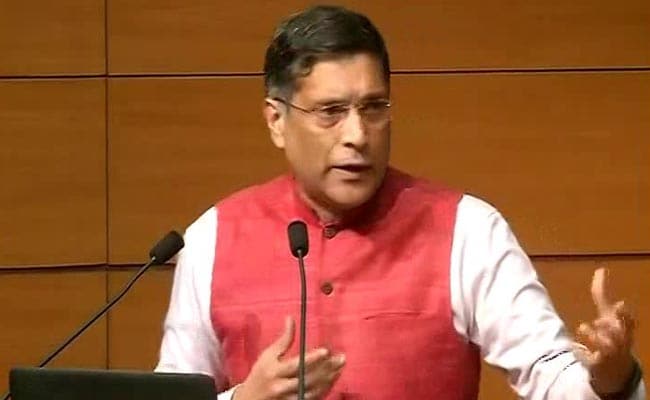 Chennai: The anti-profiteering clause under the GST is meant to 'reassure' that there would not be any significant rise in prices or inflation consequent to the implementation of Goods and Services Tax, Chief Economic Adviser Arvind Subramaniam said here today.

He admitted that there will always a concern among consumers of any possible price increase resulting in higher inflation during change of tax regime.

"You have to make sure that this sort of thing does not happen. In Malaysia, when they implemented VAT (Value Added Tax) a few years ago, it was badly received by public.

"But here I think, the anti-profiteering clause is meant to reassure the consumers at large that GST will not lead to significant increase in price and inflation," he added.

Subramanian said, "It (anti-profiteering clause) is a signal which Government wants to send to private sector saying if you do not pass on tax increases, then the government will take action".

The government, according to officials, has proposed the anti-profiteering measure to ensure that trade and industry pass the benefits of reduction in tax rates to consumers in order to prevent any rise in price of commodities after GST implementation.

Noting that the GST would bring in lot of "revolutionary" things after implementation, he said, small companies may find it a "burden" to comply with the new procedures unlike the big corporates.

"GST is going to bring in lot of revolutionary things. One of the real benefits is that we are going to get much better compliance. Every month we are expecting three billion invoices getting uploaded in the GSTN system", he said.

"He (State A) and I (State B) may sell a product and the selling cost will be consistent under the GST. He and I both have to upload the invoices then.", he said.

Under GST regime, all traders and industries have to be registered with the GST Network to pay taxes, file return and claim refunds.

Recently, GSTN Chief Executive Officer Prakash Kumar had said the organisation was preparing to handle as many as three billion invoices a month under the new tax regime.

In preparation to the GST rollout, GSTN will soon get its software tested by state-run Standardisation, Testing and Quality Certification (STQC) to get security clearances.

Promoted
Listen to the latest songs, only on JioSaavn.com
The software will then be made available to tax authorities for their feedback by April end.