GDP To Register Record Expansion Of 11% In Next Fiscal Year: Report

Countercyclical stance of Budget 2021 has cemented expectations of growth recovery continuing well into the next fiscal, and the range of real GDP growth prognosis varies between 10-15 per cent 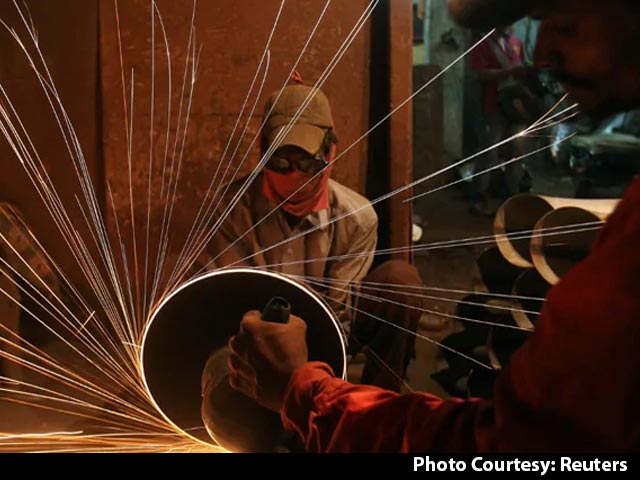 Amongst several leading economic activity indicators now either close to above pre COVID levels, the countercyclical stance of Budget 2021 has cemented expectations of growth recovery continuing well into the next fiscal year. According to the rating agency, Acuité Ratings and Research, the gross domestic product (GDP) in the next fiscal year, beginning April 2021, is expected to show a record expansion of 11 per cent. Over the last few weeks, various agencies, domestic and global, have also projected the economic growth rebound for the financial year 2021-2022. (Also Read: GDP To Expand 0.08% In December Quarter, Growth Pegged At 8.5%: Barclays )

The economic survey 2021, presented by Chief Economic Advisor KV Subramaniam, pegged the real GDP growth for the next financial year at 11.0 per cent. This was followed by the Reserve Bank of India's estimate of 10.5 per cent, presented during the Monetary Policy Committee meeting this month. According to the International Monetary Fund (IMF), the country is expected to be the fastest-growing economy in the world, slated to expand by 11.5 per cent. Meanwhile, global rating agencies Fitch and S&P have pinned the economic growth for next fiscal year at 11 per cent and 10 per cent, respectively. (Also Read: GDP To Bounce Back To 10.4% Next Fiscal Year By Base Effect: Rating Agency )

In nominal terms, the government based its budget calculations on a GDP growth of 14.4 per cent. According to Acuité Ratings, while the range of the real GDP growth prognosis varies between 10-15 per cent broadly, a double-digit growth expansion is likely certain for the new fiscal year. Additionally, economic growth prospects remain positive amidst a gradual easing of COVID-19 lockdown restrictions, supportive fiscal and monetary policy environment, global recovery, and pent-up demand.  A robust traction in the roll-out of COVID vaccines is likely to boost the sentiment.