The administration can get the Reserve Bank of India to buy sovereign bonds directly or boost dividends to help supplement revenue. 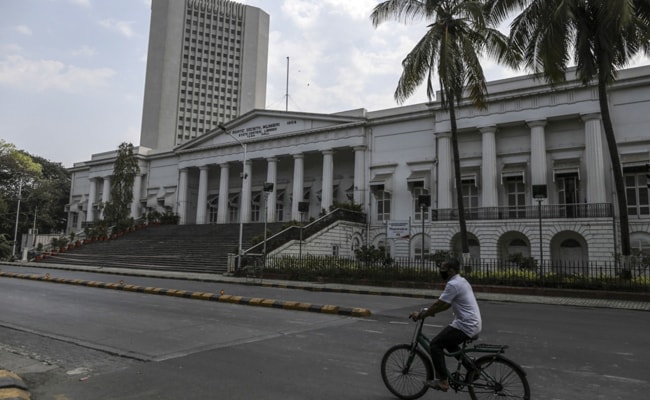 Central banks from the U.S. to Japan are helping to fund record fiscal stimulus from their governments.

The government is running out of options to fund its budget and may soon have to knock on the central bank's door once again for support. The administration can get the Reserve Bank of India to buy sovereign bonds directly or boost dividends to help supplement revenue, which has been hit by an economy-crippling lockdown to contain the virus's spread. The government is facing a budget deficit of as high as 7 per cent of gross domestic product, the widest in more than two decades, according to some estimates. 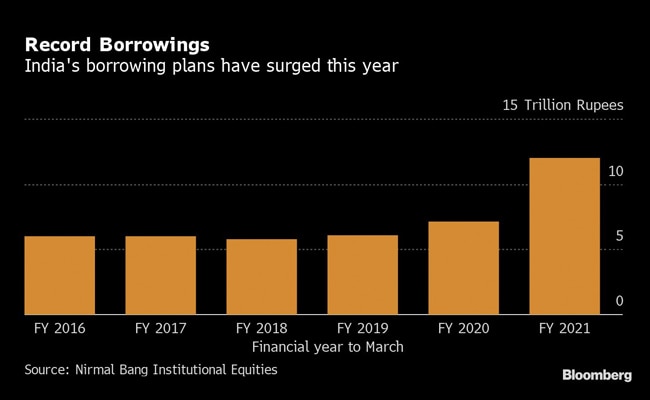 It would "make sense to go for some form of deficit monetization" right away, said Sabyasachi Kar, RBI chair professor at the National Institute of Public Finance and Policy in New Delhi. "Demand creation can only happen if the government spends."

Central banks from the U.S. to Japan are helping to fund record fiscal stimulus from their governments amid the pandemic. That's even been the case in emerging markets like Indonesia -- where the central bank this week agreed to buy billions of dollars of bonds directly from the government. The approach though carries risks for developing economies, especially for inflation, the currency and the independence of the central bank.

India's Fiscal Responsibility and Budget Management Act prevents the RBI from buying bonds directly from the government in the primary market, but the law provides an escape clause in the event of the country facing a national calamity or a severe slowdown.

The RBI has so far made some discreet bond purchases in the secondary market, but the government's debt manager is yet to outline a plan on how it will manage the administration's record Rs 12 lakh crore ($160 billion) of borrowings in the current fiscal year to March.

For now, banks are amassing sovereign bonds on optimism the central bank will soak up the debt supply. Lenders awash with cash, given poor demand for loans in the economy, have raised their holdings of sovereign notes to Rs 41.4 lakh crore as of June 19, up 13 per cent from end-March. 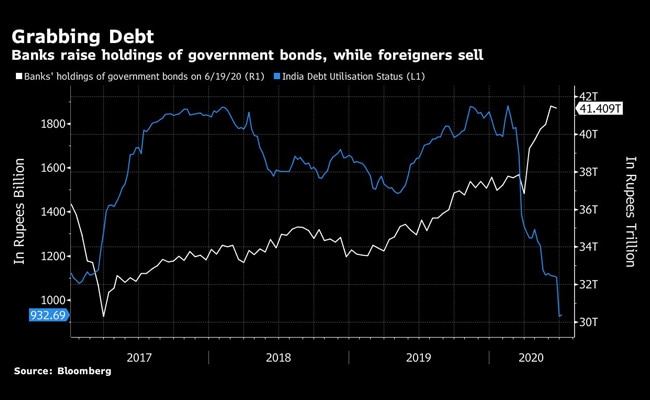 "We still think it is feasible to finance a deficit of around 11 per cent of GDP -- center and states -- without resorting to large amounts of RBI financing," said Sergi Lanau, deputy chief economist at the International Institute of Finance in Washington. "Banks have already bought many bonds and with an economy in recession, they may not have many opportunities to lend to firms anyway."

A possible credit rating downgrade is another risk for India, which is heading for its first economic contraction in more than four decades this year. The credit score of Asia's third-largest economy is only a step away from junk at Fitch Ratings and Moody's Investors Service, both of which have kept the sovereign on negative watch citing deteriorating fiscal strength.

Economists in a Bloomberg survey expect the nation's fiscal deficit this year to hit 7 per cent of GDP -- a level last seen in 1994 -- against a target of 3.5 per cent. The International Monetary Fund sees the country's public debt rising to 85.7 per cent of GDP next year from around 70 per cent now. 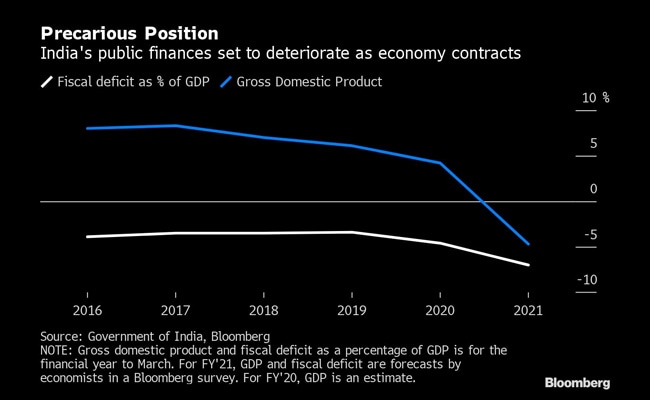 While the threat of a rating downgrade may reduce the likelihood of the central bank buying bonds directly from the government, there is room for the RBI to rescue the government by way of a dividend payout in August.

The "RBI would be required to partially bailout the government by allowing its revaluation reserves to be utilized," said Kunal Kundu, an economist with Societe Generale GSC Pvt., adding there is also the possibility that the government could issue a special "Covid bond" to tide over the expenses or the shortfall caused by the virus.

The government has budgeted 600 billion rupees as dividend from the central bank this year, while it received a record 1.76 trillion rupees in payout last year. The RBI pays dividends to the government every year, based on the profits from its investments and printing of currency notes.

The government has so far limited actual fiscal stimulus to 1 per cent-1.5 per cent of GDP. Of late, it has scaled back on spending, which Bloomberg Economics' Abhishek Gupta says will deepen the recession worries. He is projecting a GDP contraction of 10.6 per cent in the current financial year.

For policy makers, it's a tightrope walk with no easy solution. While inflation has more or less been under control since a Monetary Policy Committee headed by the central bank governor was set up four years ago, those gains could easily evaporate.

The experiences of the 1980s when India used to resort to deficit financing and which led to double-digit inflation is probably a reason why the central bank would be reluctant to step in, according to Hugo Erken, a senior economist at Rabobank International in Utrecht in the Netherlands.

"There is a risk in all of this," said Mr Erken. "Once you start using the money printer and touch the 'forbidden fruit,' it is hard to go back."