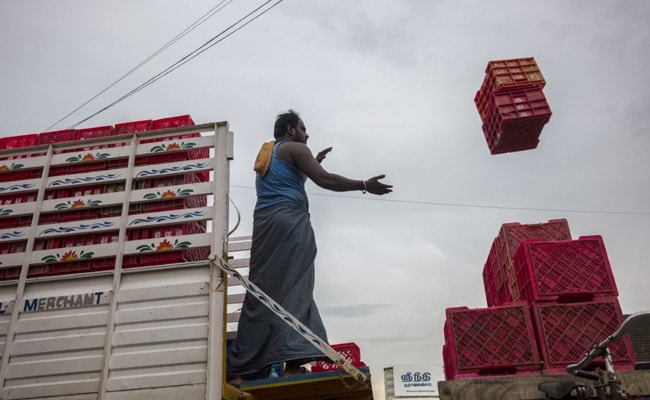 India is racing to wrap up a clutch of quick-fire bilateral trade pacts by the end of March, officials said, as economic necessity spurs a shift from New Delhi's usual go-slow approach on trade deals. The shift also means that Prime Minister Narendra Modi's government is prioritizing "early harvest" pacts over comprehensive free trade agreements with partners, a move that's leaving some countries perplexed, officials said, asking not to be identified as the talks are private.

PM Modi's office is pushing ministries, particularly foreign and commerce, to deliver on initial deals with countries including Australia and the U.K., several officials said. That's even as India walked away from Asia's biggest multilateral agreement in 2019 and has shown little interest so far in a Trans-Pacific pact.

For PM Modi's ruling Bharatiya Janata Party, historically wary of being tied down to overseas deals and upsetting its loyal vote base of small traders, the emphasis on one-to-one quick trade deals is a U-turn of sorts after pushing for the need to be self-reliant. The stakes are high politically as PM Modi looks to revive an economy battered from the pandemic and attract more investment from the U.S. and its allies looking to India as a counterweight to China.

The urgency to wrap up deals swiftly stems from the realization that the window of opportunity to benefit from the realignment of global supply chains may be short lived, according to officials.

New Delhi is currently negotiating bilateral trade agreements with 20 countries and expects to complete half a dozen deals, including those with Australia and Britain by this Christmas and March next year respectively. This push for one-to-one trade agreements with emphasis on early harvest deals instead of comprehensive FTAs has perplexed at least two countries, the officials with knowledge of the talks said, asking not to be identified as talks were ongoing.

There was no immediate comment from the prime minister's office or the foreign ministry.

India's realization about the need to prioritize trade as a geopolitical strategy in turn has led to a bigger focus on pushing for higher exports and quick trade deals that can boost GDP growth, according to officials. In August, PM Modi himself conveyed the urgency as he addressed the heads of India's overseas missions and urged them to help boost exports as global supply chains realign.

While India announced manufacturing sops such as production-linked incentives to attract global supply chains and create employment, these could take longer to show results, said Amitendu Palit, an economist specializing in international trade and investment at the National University of Singapore who worked for India's finance ministry in the past.

There has been growing pressure on the trade ministry to examine proposed deals more closely, the officials said. Commerce and Industry Minister Piyush Goyal has now set a steep target of $400 billion for India's annual merchandise exports for the fiscal year that ends in April 2022 -- almost 38 per cent higher than $290 billion recorded last year. He's also seeking to push that number to $2 trillion by the end of this decade.

The target is a first for New Delhi after having side-stepped multilateral trade pacts since PM Modi came to power in 2014. His government has pushed for more self-reliance and a reduced dependence on imports. It was part of the reason India ended up walking away from the China-backed Regional Comprehensive Economic Partnership.

India has "earned more trust" from trade partners during the pandemic by ensuring that not a single supply chain was disrupted, which has led to a surge in interest about signing agreements given the country's economic growth plans, said a senior commerce ministry official, who asked not to be named because he wasn't authorized to speak to the media.

The official added that early harvest deals will "ensure things move faster" in areas where there's easy agreement while negotiations can continue on issues that will need more time before final, comprehensive deals are signed.

The re-engagement on trade by PM Modi's nationalist government comes as a more than a yearlong border conflict with China continues to linger and regional security is now newly threatened by the Taliban takeover in Afghanistan. New Delhi is looking at strengthening trade with G-7 nations with strong Indo-Pacific strategies and those with growing influence in central Asia such as the United Arab Emirates.

U.K. and India are negotiating tariff cuts and market access for around 600 products each in a bid to clinch an interim agreement by March, said the people. Items under discussion include Indian textile products, leather, footwear and chemicals, they said.

In return, India may grant access to processed food, some farm products along with fin-tech, life sciences, and medical equipment industry.

"Strategic and economic ties bolster each other. At the moment, countries and companies are looking for alternatives to China, with partners they can trust," said Tanvi Madan, director of The India Project at the Brookings Institution. "But these are tough political issues in India and partners have heard this rhetoric before. It would significantly improve India's credibility if one of these deals gets done."

This would involve a shift from the current trade policy that has protected the interests of small domestic traders.

"We are nowhere opposed to bilateral trade deals," said Ashwani Mahajan, the co-convener of the Swadeshi Jagran Manch, a group aligned with Modi's party that commands influence among traders and had backed the decision to step out of the RCEP in 2019. "Having said that, we believe strategic relations cannot be at the cost of national interest."

Apart from risking political capital, the government's hesitation about signing comprehensive deals also comes from a lack of reforms. Regulation in crucial areas including investment protection, e-commerce, data protection and even agriculture need to be in line with those in place in European and OECD markets.

It's a gap the South Asian nation will need to fill before broad trade agreements can be completed.

The current enthusiasm for quick deals may be linked to a pandemic-connected fall in India's global goods trade deficit to $88 billion in the year to November 2020, said Richard Rossow, the Wadhwani chair in U.S.-India policy studies at the Center for Strategic and International Studies in Washington, citing his own data.

The deficit spiking to $133 billion in the year to August 2021 "will put a damper on any attempt to craft a robust trade agreement. India could likely still move ahead with a trade agreement including light commitments, but a world-class deal does not seem likely," said Rossow in an email. "I am not terribly hopeful."