The government was removing criminal angles which are unwanted in every Act dealing with tax issues, Finance Minister Nirmala Sitharaman said. 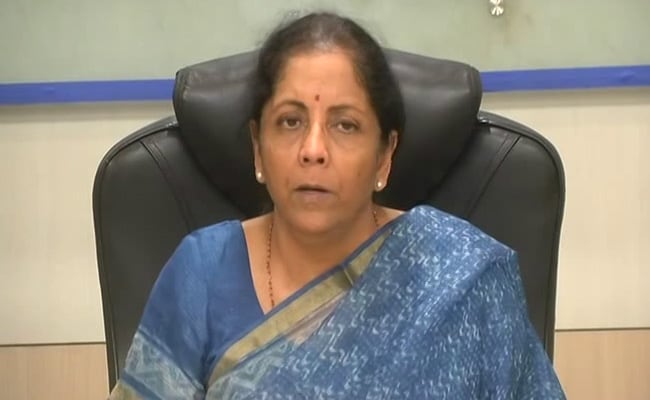 The government was "steadily but clearly" moving towards a less regressive taxation system and removing the criminal angles which are unwanted in every Act dealing with tax issues, Finance Minister Nirmala Sitharaman said on Thursday.

"Eventually, we hope to have in India a simplified taxation structure, completely reduced rates of taxation, and therefore an easy-to-comply system. So as regards taxation, we went in that route.

Now, if you notice, as we are talking of removing or reducing the personal income tax, we removed the Dividend Distribution Tax totally. So every time we are taking a step towards simplifying, we are removing that which is seen as a double taxation or a regressive taxation," Ms Sitharaman said during an interaction with traders and industry representatives on Union Budget 2020-21.

The Finance Minister, who was accompanied by Finance Secretary Rajeev Kumar, DEA Secretary Atanu Chakraborty, Revenue Secretary A.B. Pandey and SBI Chairman Rajnish Kumar, said that it was a part of Prime Minister Narendra Modi's reform-mindedness when dealing with businesses.

"We are steadily but clearly moving towards less regressive system."

Responding to queries from the business people, she said it was also the government's clear-cut policy to remove elements which introduce the criminality angle to even a civil omission or commission as regards business laws.

"So I think even within the first six months of the present tenure, we have, in one or two Acts, very clearly diluted the criminality angle and in some cases clearly removed them also," she pointed out.

"Even as we speak, there is work going on to look at the Companies Act to see what are the provisions in which criminalisation is coming up and we are trying to remove them. We are looking at every act to see where this has become so pronounced in terms of bringing criminalisation. We will remove the criminal angle in all of these Acts which are unwanted," she said.

Ms Sitharaman directed the top Central Board of Indirect Taxes and Customs officers in Assam to meet people, including businesspersons and other tax holders, from 4-6 p.m. on every working day till March 15 and clear their doubts on taxation issues.

"You send us a comprehensive report by March 20 in which you should mention the queries which you could not reply. The higher officials in Delhi will respond," she said.

On the budget announcement of transforming Sivasagar in Assam as one of the five archaeological sites to be developed as iconic sites with onsite museum, Ms Sitharaman said she would work closely with the state's Sarbananda Sonowal government and ensure the project was designed and taken up the way the state wanted it.

The minister said local Self-Help Groups will be provided greater access to credit to supplement the economy, and emphasized on the need for traditional industries in the northeast to have facilities to exhibit themselves.

Fifty business industries and institutions from the north eastern region attended the interaction.