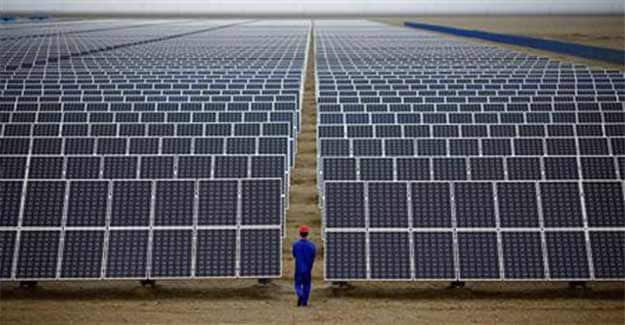 New Delhi: The government on Wednesday raised the solar power generation capacity addition target by five times to 1,00,000 MW by 2022, which will entail an investment of around Rs 6 lakh crore.

"The Cabinet decision is a giant step towards creating clean and sustainable energy source in the country," Communication and IT Minister Ravi Shankar Prasad told reporters after the Cabinet meeting.

According to the statement, the target will principally comprise of 40 GW (solar) rooftop and 60 GW through large and medium scale grid connected solar power projects.

With this ambitious target, India will become one of the world's largest green energy producers, surpassing several developed countries, it added.

"The total investment in setting up 100 GW will be around Rs 6,00,000 crore. In the first phase, the Government of India is providing Rs 15,050 crore as capital subsidy to promote solar capacity addition in the country," it said.

This capital subsidy will be provided for Rooftop Solar projects in various cities and towns, for Viability Gap Funding (VGF) based projects to be developed through the Solar Energy Corporation of India (SECI) and for decentralised generation through small solar projects.