PM Modi in February had planned to raise as much as Rs 2.1 lakh crore selling state assets

Coal India is reportedly on the government's list for sale

The government is considering a plan to raise as much as Rs 20,000 crore by selling stake in the world's largest coal producer, and a bank to fund a stimulus program aimed at boosting the virus-battered economy, officials with knowledge of the matter said.

The proposal involves a share sale depending on the market sentiment, said the officials, who asked not to be identified, as the discussions are private. In case of Coal India, if valuations are not attractive, the company will buy back shares from the government, they said. Two calls made to the finance ministry spokesman remained unanswered.

The coronavirus pandemic has derailed Prime Minister Narendra Modi's budget goals. Rapid spread of the disease prompted the government to boost spending on welfare programs and revive the economy struggling from the month long stay-at-home order to check the spread of COVID-19. PM Modi in February had planned to raise as much as Rs 2.1 lakh crore selling state assets in a bid to keep the budget deficit at 3.5 per cent of gross domestic product (GDP).

Despite the economic cost, the spread of infection continues unabated with India surpassing Russia to become the third worst-hit country with more than 7,40,000 Covid-19 cases, putting further pressure on finances. 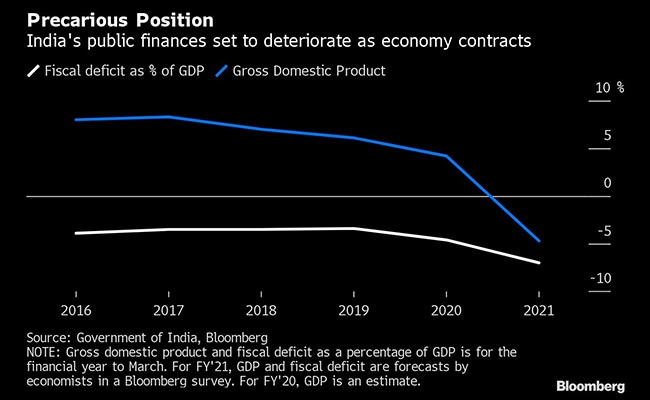 Life Insurance Corporation of India (LIC) bought 51 per cent of IDBI Bank last year, leaving the government with about 47 per cent. The government holds more than 66 per cent in Coal India. It had previously sold a 10 per cent stake in January 2015, mopping up Rs 22,550 crore.

A possible credit rating downgrade is another risk for India, which is heading for its first economic contraction in more than four decades this year. The credit score of Asia's third-largest economy is only a step away from junk at Fitch Ratings and Moody's Investors Service, both of which have kept the sovereign on negative watch citing deteriorating fiscal strength.