A career central banker, Mr Patra is currently executive director in charge of the RBI's research department and has a seat on the six-member MPC. 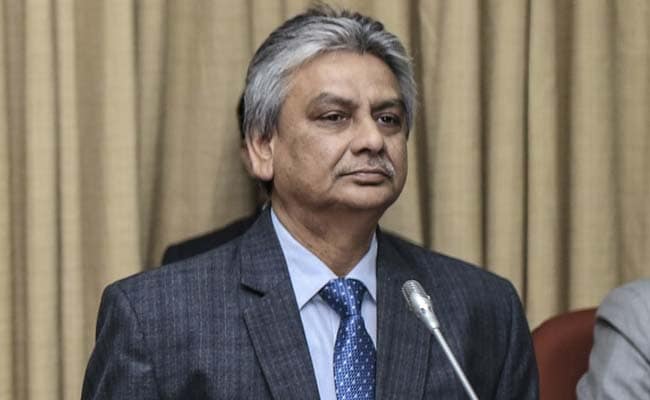 Michael Patra fills a vacancy created by the departure of Viral Acharya.

Michael Patra was appointed deputy governor of the Reserve Bank of India, beefing up the leadership of the institution at a time of economic and banking stress.

Mr Patra takes office for a period of three years from the date of joining or until further orders, according to a statement from the Appointments Committee of the Cabinet. He'll be one of four deputy governors at the bank.

A career central banker, 59-year-old Mr Patra is currently executive director in charge of the RBI's research department and has a seat on the six-member Monetary Policy Committee. The statement wasn't clear what role he'll take as deputy governor, but an RBI official said it's most likely he'll be in charge of monetary policy and remain on the MPC.

Mr Patra, who has a doctorate in economics from the Indian Institute of Technology, was considered a monetary policy hawk until late 2018. He made a sharp reversal under Governor Shaktikanta Das, voting for five successive interest-rate cuts in 2019.

While the MPC has maintained an easing bias to revive economic growth, Mr Das this month said price stability was the central bank's prime objective as persistently high inflation disproportionately affects the poor. A shock 7.35 per cent surge in headline inflation in December boosts the case for policy makers to keep interest rates on hold for longer after an unexpected pause last month.

"This will hinge around a rekindling of animal spirits in a business-conducive environment, highlighting the importance of close and continuous policy coordination," he said, according to the minutes of the meeting.

He added it was appropriate to allow the central bank's previous rate cuts to "pass through and be in readiness to back signs of traction with resolute and calibrated policy actions."

The growth outlook remains weak given rising unemployment and ongoing stress in the financial sector and the banking system. The RBI expects growth in the current fiscal year to reach 5 per cent -- which would be the weakest pace since 2009.

Mr Patra fills a vacancy created by the departure of Viral Acharya, who quit as the deputy in charge of monetary policy in July before his term ended. Mr Acharya, a noted monetary policy hawk and outspoken central banker, left the RBI seven months after his ex-boss Urjit Patel quit amid a clash with the government over issues including lending rules and interest rates.

Mr Das became governor in December 2018 and has been working to restore relations with the government, including cutting interest rates, paying a hefty dividend to the finance ministry and easing up on bank lending restrictions.

Here's How Much You Pay For Petrol, Diesel In Your City Today