A few days ago, the management called a meeting and urged the staff to work quickly and concentrate to support customers and improve offerings. 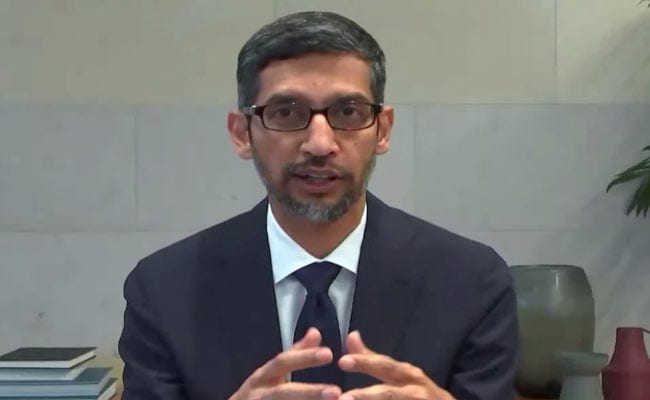 Sundar Pichai warned the staff at the meeting that Google's productivity isn't where it needs to be.

It appears that Sundar Pichai, the CEO of Google, is not satisfied with the work output of many employees.

A few days ago, the management called a meeting and urged the staff to work quickly and concentrate more on ways to support customers and improve their offerings.

In Mr Pichai's opinion, productivity at Google is lacking and below where it ought to be given the size of the organisation. This essentially implies that Mr Pichai believes Google has too many employees who do not work effectively or with focus.

This information was released shortly after Google stated that earnings in the second quarter of 2022 were weaker than expected, which was the case with the first quarter as well.

Google started starting a new initiative called ‘Simplicity Sprint' in an effort to increase productivity and employee attention in the face of a shaky economic climate.

According to a CNBC report, the Alphabet company held its usual all-hands meeting last Wednesday with a somewhat urgent tone as employees expressed worry regarding layoffs. Even with the number of employees it has, Mr Pichai warned the staff at the meeting that Google's productivity isn't where it needs to be.

Mr Pichai said that there were legitimate worries that the company's overall productivity wasn't up to par given the number of employees that worked there. He urged the employees to “create a culture that is more mission-focused”.

Recently, Mr Pichai had stated that the company would reduce recruiting and investment through 2023, pushing staff to work with greater urgency and “more hunger” than demonstrated “on sunnier days”.

From 62 per cent a year earlier, when the company was profiting from the reopening following the COVID-19 pandemic and rising consumer spending, Google's revenue growth dropped to 13 per cent in the quarter.

During the ‘Simplicity Sprint' initiative, Mr Pichai said that the organisation was allowing its employees to express their views through an internal poll through August 15 and asking if management could get in touch if they had any follow-up questions.