Google Deletes Some Lending Apps In India To Safeguard Consumers 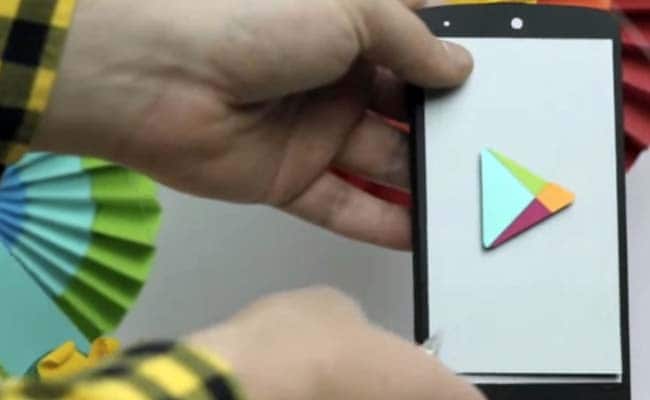 Developers must only access permissions that are necessary to implement current features and services.

Alphabet Inc's Google has removed some lending apps targeted at consumers in India from Play Store in an attempt to protect users, it said in a blog post on Thursday.

“We have reviewed hundreds of personal loan apps in India, based on flags submitted by users and government agencies,” Suzanne Frey, Vice President, Product, Android Security and Privacy said in the post.

Google did not elaborate on the number of apps that had been taken down.

Google has contacted companies and asked them to clarify if they are compliant with the rules and regulations, failing which an app could be removed from the Play Store.

“We ask you to confirm within five days of this mail whether you hold valid existing approvals or licences from the Reserve Bank of India to act as a NBFC (Non-Banking Financial Company) or are registered under any applicable state legislation to offer such services or are offering services on your app as a designated agent of a registered NBFC/Bank,” said the email, a copy of which has been seen by Reuters.

“If we do not receive this confirmation from you within 5 days of this mail, your app may be removed from Google Play.”

The online lending industry has come to the attention of the authorities after at least two suicides in the past month linked to alleged harassment by recovery agents of such apps.

The Reuters review of 50 popular lending apps available also found nearly all required borrowers to give them permission to access their phone contacts which users allege are used by recovery agents in the case of defaults or late payments.

Google said developers must only access permissions that are necessary to implement current features and services.

“They should not use permissions that give access to user or device data for undisclosed, unimplemented, or disallowed features or purposes,” Google said in its post.

It said it would ensure apps complied with local laws and regulations. “Apps that fail to do so will be removed without further notice,” it said.

On Wednesday, the central bank formed a working group to look into digital lending practices. The panel has been tasked with identifying risks posed by unregulated digital lending to financial stability, regulated entities and consumers and is expected to submit the report within three months.