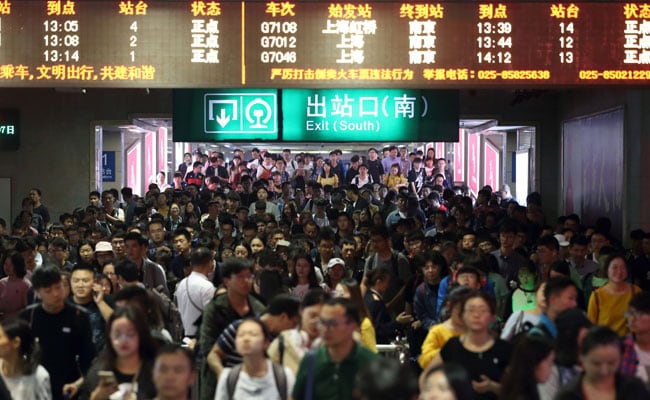 Goldman Sachs has cut China's growth forecast to 7.8 per cent this year from the previously estimated 8.2 per cent as the world's second largest economy faces "yet another growth shock" in the form of constraints on energy consumption. The country is already battling to save Evergrande amid fears that Chinese property behemoth could turn out into a 'Lehman moment' for the global markets and economy.

In September last year, Chinese President Xi Jinping said the country was aiming to achieve peak carbon emissions by 2030 and become carbon neutral by 2060. In line with the President's 'green' vision and to meet energy use targets for 2021, the national and local governments in China have curtailed the production of coal and other carbon-heavy processes, and imposed strict emission targets. China has pledged to cut energy intensity, a measure of the energy used per unit of economic growth, by as much as 3 per cent in 2021 alone.

The tough new environmental regulations have left energy shortages in their wake. Some of the country's largest industries such as property developers and technology companies have been compelled to curb and even halt all production. As much as 44 per cent of China's industrial activity may have been affected by the new environmental norms, Goldman Sachs reckons, adding industrial output cuts caused by power outages cause "significant downside pressures" on growth.

Even families are staring at a limited supply of electricity, with some provinces going to the extent of encouraging their residents to rely more on natural sunlight and less on A/Cs and other power-guzzling equipment.

China is already grappling with the Evergrande disaster and the resultant slowdown in property sales and construction activity. The Evergrande Group, which was the world's largest property developer until recently, is now buckling under liabilities exceeding $300 billion. Many fear that the company may default on countless creditors and property owners, in an eerie reminder of the infamous collapse of U.S. investment bank Lehman Brothers at the height of the financial crisis in 2008.

"Considerable uncertainty remains with respect to the fourth quarter, with both upside and downside risks relating principally to the government's approach to managing the Evergrande stresses, the strictness of environmental target enforcement and the degree of policy easing," Goldman Sach has concluded in its report.