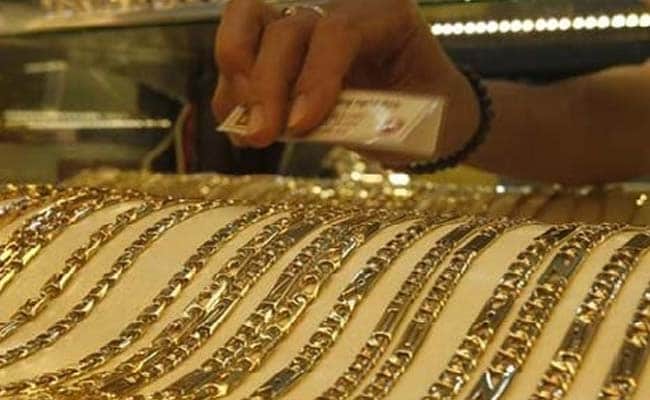 New Delhi: Gold prices plunged by Rs 180 to Rs 27,650 per 10 grams at the bullion market on Wednesday owing to slackened demand from jewellers and retailers at prevailing levels amid a weak overseas cues.

Silver also drifted by Rs 600 to Rs 39,100 per kg due to reduced offtake by industrial units and coin makers.

Brokers said sentiment turned weak after gold in global market extended the biggest decline in over two weeks before the Federal Reserve releases minutes of its last meeting amid speculation that an improving housing market will boost the case for higher interest rates.

Sovereign followed suit and traded lower by Rs 100 at Rs 23,800 per piece of 8 grams in limited deals.