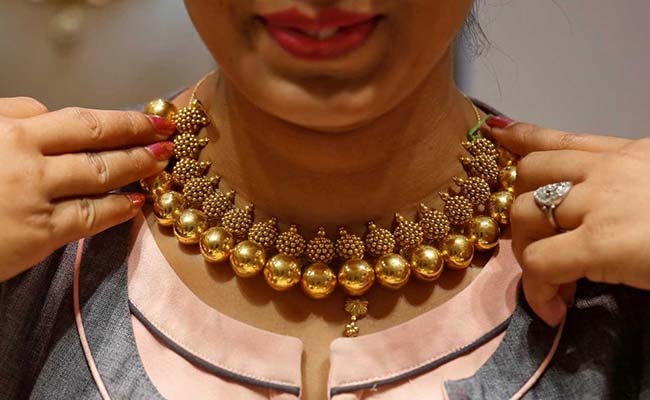 Sovereign, however, remained unaltered at Rs 26,100 per piece of eight grams.

Gold prices fell by Rs 145 to Rs 34,080 per 10 grams at the bullion market Tuesday in sync with a weak global trend amid sluggish demand from local jewellers, reported news agency Press Trust of India (PTI) quoting the All India Sarafa Association. Silver too drifted down by Rs 100 to Rs 41,000 per kg due to low offtake from industrial units and coin makers. Gold faltered tracking a weak trend overseas as a stronger dollar reduced appeal of the precious metal as a safe-haven investment, said the report citing traders.

Here are key things to know about gold, silver prices:

2. Sovereign, however, remained unaltered at Rs 26,100 per piece of eight grams.