Gold Demand In India Seen Muted Ahead Of Festivals

Gold futures were trading around 37,500 rupees per 10 grams on Friday after falling to their lowest level since August 13 earlier in the session. 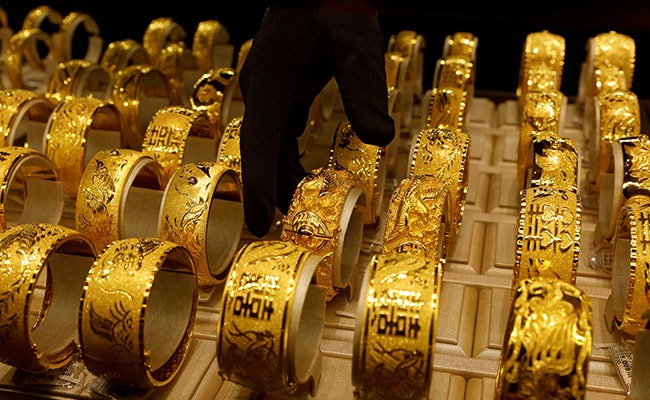 Gold priced in yen was holding closing to its highest on record, scaled earlier in the month.

Physical gold demand was lacklustre in most Asian hubs this week as price dips were not enough to lure in buyers and the Indian retail market saw little activity before a festival season. Global benchmark prices slipped about 1 per cent on Wednesday, moving between $1,484.16 and $1,511.91 an ounce this week.

"Demand has slowed down a bit compared to early September, but supply (in China) is still very tight," said Samson Li, a Hong Kong-based precious metals analyst at Refinitiv GFMS.

Dealers in the world's biggest gold consumer charged a premium of about $10 an ounce over the benchmark, compared with $8-$11 a week ago.

Premiums in Hong Kong were unchanged at 50 cents to $1, as demand was weak and buying only came from the investment side, said Ronald Leung, chief dealer at Lee Cheong Gold Dealers.

In India, the world's second biggest gold market, the fall in domestic prices to their lowest in more than a month failed to lift demand because of the Shradh period, which is considered inauspicious for buying bullion.

Gold futures were trading around 37,500 rupees per 10 grams on Friday after falling to their lowest level since August 13 earlier in the session.

Dealers were offering a discount of up to $47 an ounce over official domestic prices this week compared with last week's discounts of about $51, the highest since August 2016.

The domestic price includes a 12.5 per cent import tax and 3 per cent sales tax.

"Jewellers are still not making purchases for the next month's festivals anticipating weak retail demand," said a Mumbai-based dealer at a private bullion-importing bank.

Demand for gold usually strengthens in the final quarter as India gears up for festivals such as Diwali and Dussehra, when buying gold is considered auspicious.

Premiums in Singapore narrowed to $0.55-$0.75 an ounce from last week's $0.50-$0.80 range, although there was some interest from retailers and wholesalers in the region, traders said.

In Japan, discounts narrowed to $0.25 per ounce from $0.50 last week as a depreciation in the Japanese yen discouraged buyers, a Tokyo-based trader said.

Gold priced in yen was holding closing to its highest on record, scaled earlier in the month.