North Korea said on Wednesday it is considering plans for a missile strike on the U.S. Pacific territory of Guam. 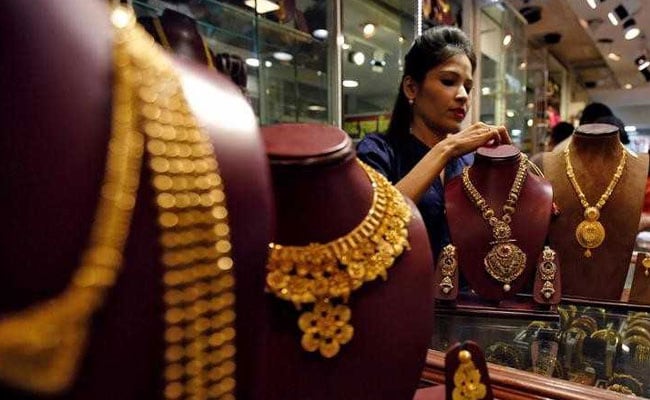 Bengaluru: Gold prices rose early Wednesday amid rising tensions between the United States and North Korea after the latter responded to warnings from U.S. President Donald Trump with a threat to strike the U.S. Pacific territory of Guam.

North Korea said on Wednesday it is considering plans for a missile strike on the U.S. Pacific territory of Guam, just hours after Trump told the North that any threat to the United States would be met with "fire and fury".

Earlier, Trump warned North Korea on Tuesday it would face "fire and fury" if it threatens the United States, prompting the nuclear-armed nation to say it was considering firing missiles at Guam, a U.S.-held Pacific island.

U.S. stock futures slipped while U.S. Treasuries, gold and the safe-haven yen rose in early Asian trading on Wednesday after tensions on the Korean peninsula escalated.

The yen firmed slightly against the dollar early on Wednesday after North Korea said it is considering plans for a missile strike on the U.S. Pacific territory of Guam.

U.S. job openings jumped to a record high in June, outpacing hiring, the latest indication that companies are having trouble finding qualified workers.

China's exports and imports grew much less than expected in July, raising concerns over whether global demand is starting to cool even as major Western central banks consider scaling back years of massive stimulus support.

The Bank of Japan should dial back its massive stimulus before inflation hits its 2 percent target, a leading candidate to become the next governor said, raising questions about the efficacy of the BOJ's radical approach to snuff out deflation in the world's third-largest economy.
© Thomson Reuters 2017
Comments
Gold priceUS-North Korea Tensions