Gold fell as a higher dollar weighed on demand for greenback-priced bullion, and put prices on track for their biggest weekly drop since mid-May. 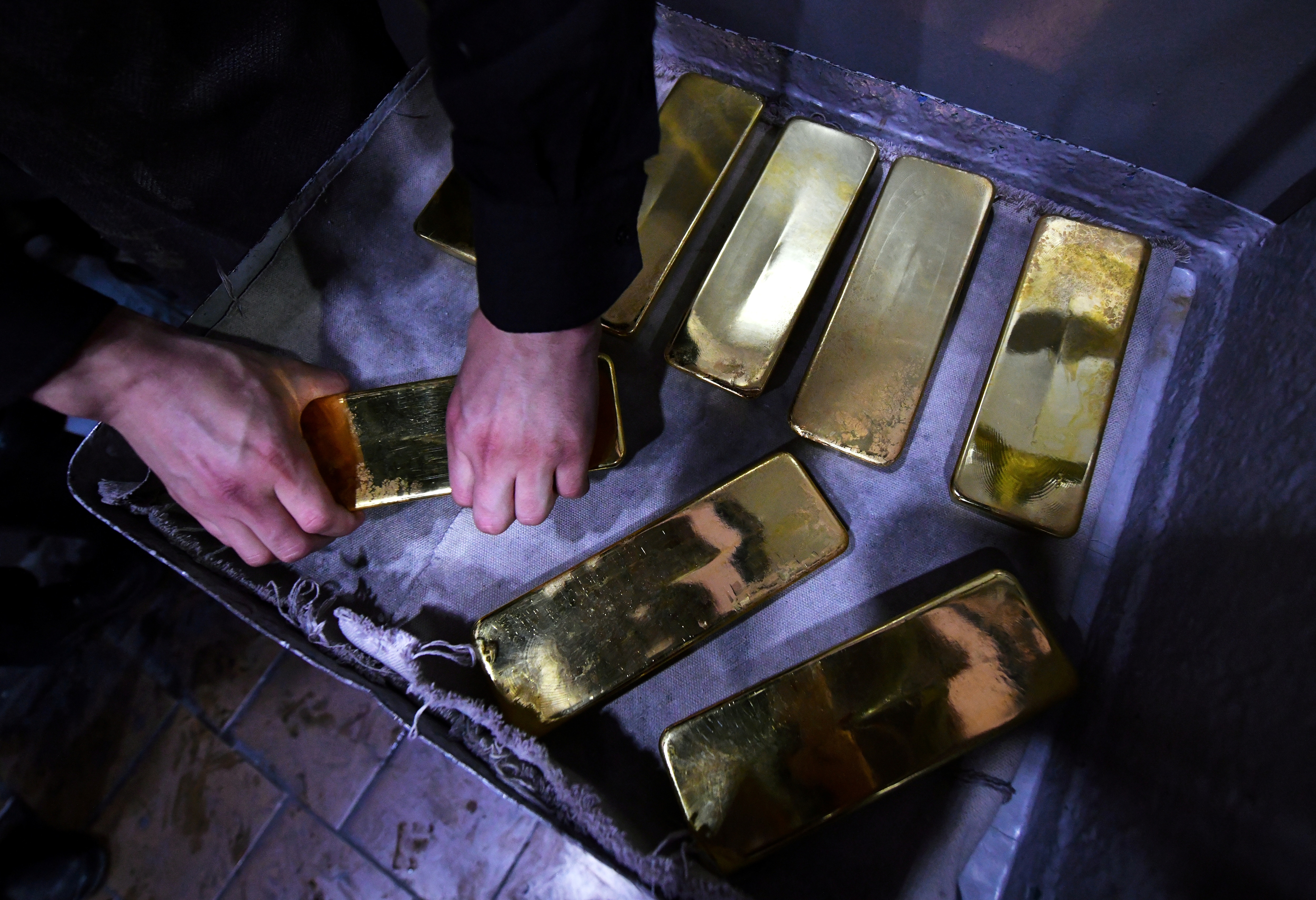 Gold fell on Friday, as a higher dollar and rising US Treasury yields weighed on demand for greenback-priced bullion, and put prices on track for their biggest weekly drop since mid-May.

Gold prices have fallen about 1.5 per cent in what has been a volatile week, after starting it near a one-month peak before hitting a four-week low on Tuesday.

"We haven't really moved a whole lot. We're still kind of stuck in this $1,800 to $1,880-90 range looking for direction", and gold needs clarity on the impact of rates, said Ilya Spivak, a currency strategist at DailyFX.

World stocks headed for their worst week since a market meltdown in the beginning of the pandemic in March 2020, as investors feared sharp rate hikes tipping economies into recession.

The U.S. Federal Reserve announced its biggest interest rate hike since 1994 this week, as it scrambles to rein in soaring inflation. Rising rates in the United States increase the opportunity cost of holding non-yielding gold.

"Going forward, we expect dollar strength and recovering bond yields to cap gold prices", as the Fed delivers on its hawkish stance, Fitch Solutions said in a note.

"However, prices will not collapse back to pre-COVID-19 levels as gold will remain supported by the evolving Russia-Ukraine war, rising global inflation, and the still persisting pandemic."