GoAir delayed or canceled dozens of flights this week due to bad weather and disruptions from nationwide demonstrations against a new citizenship law. 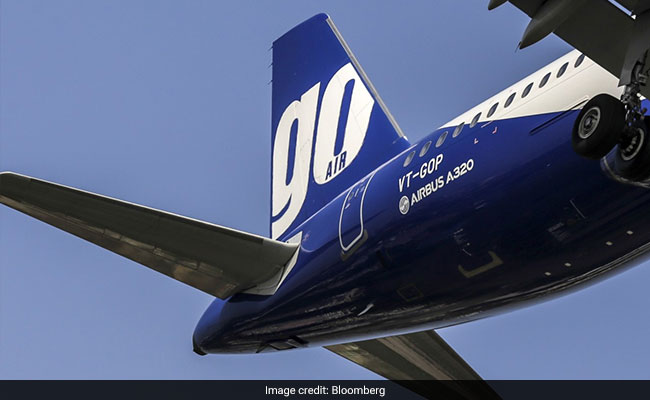 GoAir "experienced delivery delays during the month of November and December, adding to its operational challenges," it said in an emailed statement Thursday. The budget carrier is the second biggest Airbus customer in India with 144 jets on order.

An Airbus spokesman based in India declined to comment.

GoAir delayed or canceled dozens of flights this week due to bad weather and disruptions from nationwide demonstrations against a new citizenship law. As a result, crews used up their duty hours earlier than expected, piling on the scheduling woes. 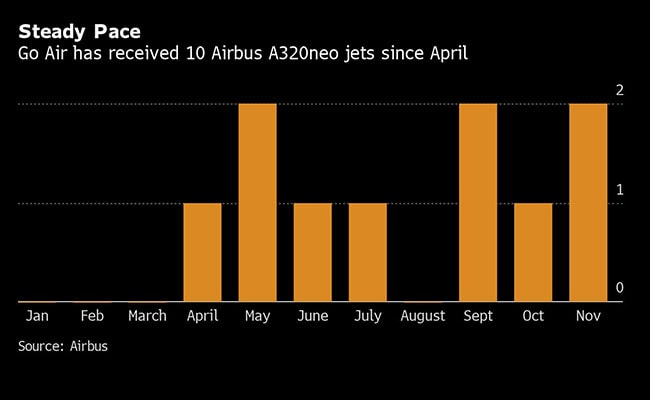 GoAir didn't provide details of how many jet deliveries were pushed back. Data provided by Airbus shows the airline has received 10 aircraft since April.

GoAir also cited unavailability of Pratt & Whitney aircraft engines -- which have faced multiple issues in India -- for the disruptions. It said it is complying with a regulatory order to replace glitch-prone turbines by January 31. India has stepped up scrutiny of the engines on Airbus SE's A320neo jets after finding a risk of mid-air shutdowns.

Airbus is racing to meet a target to deliver 860 jets across its airliner range for 2019, 20 fewer than an initial goal. The company acknowledged in October that its plants were behind schedule. Slower build rates on the top-priced A321 variant mean that the company needs to lift deliveries 75 per cent this month compared with November to meet full-year production targets.

GoAir has a "more than adequate" pool of cockpit crew, it said in the statement, calling the disruptions temporary and saying flights should be back to normal this week.