GoAir Starts Flights From Bengaluru To These International Destinations

The launch of Bengaluru-Phuket and Bengaluru-Male operations by GoAir comes nearly two months after the airline began flying international. 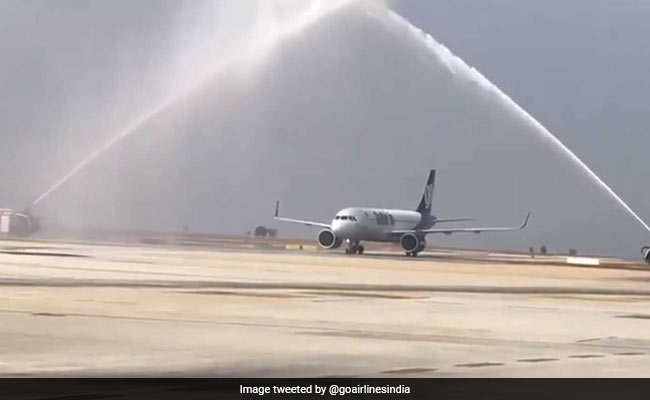 GoAir commenced flight operations from Bengaluru to Phuket, Thailand and Male (Maldives) on Sunday, news agency IANS reported, citing a company statement. This marked the third addition to the airline's international network, after introduction of international flights from Mumbai and Delhi earlier this year. The addition of Bengaluru-Phuket and Bengaluru-Male flights to GoAir's operations comes nearly two months after the airline began flying international. The carrier had last month announced a twice-a-week service between Bengaluru and Male, and a thrice-a-week operation between Bengaluru and Phuket.

Our inaugural flight from Phuket makes its way through a traditional water cannon salute at @bengaluruairprt. #FlySmartNonStoppic.twitter.com/CQE7tuT9OS

On Sunday, GoAir also commenced flights from Kannur, Kerala, marking the city as the 24th destination on its domestic network. The airline shared images of a traditional water cannon salute being given to its aircraft in Kannur on microblogging website Twitter.

GoAir currently has 24 domestic and two international destinations on its network.

The expansion of operations by GoAir comes amid high competition in the country's civil aviation market, backed by robust growth in passenger traffic.

The number of air passengers served by domestic carriers increased by more than 20 per cent in the first ten months of the current calendar year. Domestic airlines carried 1,146.37 lakh passengers in January-October, as against 954.45 lakh in the corresponding period a year ago, according to data from aviation regulator Directorate General of Civil Aviation (DGCA).