Global Markets In 2016 Favoured The Daring 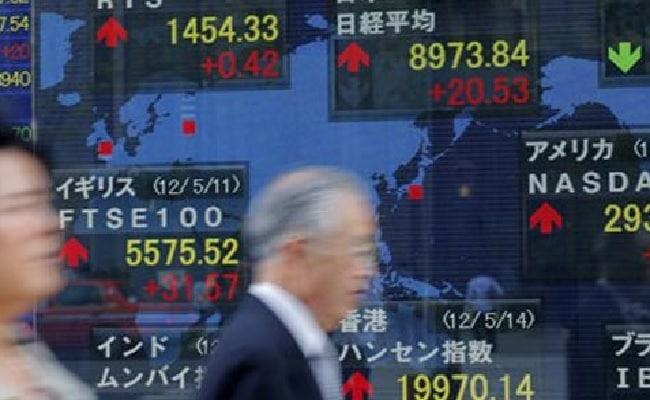 London: Oil's plunge to its lowest in over a decade and fears over China's economy hammered global commodity markets and share prices earlier this year, but investors who held their nerve will be partying the hardest this holiday season.

Shares in mining and commodity trading giant Glencore are up 200 per cent this year and shares in Anglo American are up nearly 300 per cent, both recovering from the beating in 2015 that raised doubts about their very existence.

At the other end of the spectrum, investors who had exposure to the Egyptian pound and Nigerian naira will be drowning their sorrows more than most after both were devalued, while shareholders in the world's oldest bank Monte dei Paschi di Siena have been almost totally wiped out.

These are among the eye-catching winners and losers across financial markets this year.

After a 70 per cent plunge last year, the outlook at the start of this year couldn't have been bleaker when they fell another 20 per cent in the first two weeks of January.

But a bottoming-out of the oil price dovetailed with a successful $8 billion debt refinancing. Its shares are up more than 200 per cent this year, and the trough-to-peak rise was closer to 300 per cent.

Anglo American, the world's fifth-largest diversified mining company, took drastic action in the new year as the commodity rout deepened. In February it announced it would retain only 16 of its 45 core assets (dumping its coal, nickel and iron ore businesses, among others) and shed around 60 per cent of its 128,000-strong workforce.

Its shares are up 290 per cent on the year, and the trough-to-peak rise nudged 500 per cent.

The digital cryptocurrency is closing the year at a three-year peak. It has more than doubled in 2016, and the total value of all bitcoins in circulation is a record high above $15 billion.

This coincides with the steady depreciation of the Chinese yuan (the majority of bitcoin trading is done in China), the abolition of high-value banknotes in India and continued growing demand to move money across the globe quickly and anonymously.

Its shares are up 20 per cent this year, far outperforming the broader Hang Seng index, which is down 0.7 per cent.

Egypt floated its currency in November in a move widely seen as a necessary step to help secure a $12 billion IMF loan. The initial devaluation from its peg of 8.8 per dollar was by around a third. But as 2017 draws closer the currency is trading at more than 19 per dollar, and has lost around 60 per cent of its value this year. It is the worst performing currency in the world in 2016.

Nigeria's naira slumped by around 30 percent when the central bank removed its peg of 197 per dollar in June. This was the central bank's attempt to alleviate a chronic foreign currency shortage that was choking growth in Africa's biggest economy. It soon fell through 300 per dollar, and its 37 per cent fall since December 31, 2015 makes it the second-worst performing currency this year.

Foreign investors' enthusiasm for Indian stocks and bonds dimmed in 2016. Net selling of stocks hit $2.6 billion in November, the heaviest outflow in eight years, as investors took fright at rising US bond yields and what a Donald Trump administration could mean for emerging markets. The government's recent move to ban the two most popular banknotes in circulation has raised concern over the potential impact on corporate profits.

The worry is if a rush for the exits turns into a stampede. India remains the strongest overweight among foreign investors in emerging markets. Allocations to Indian stocks by EM equity funds, managing more than $250 billion in assets on aggregate, were more than 250 basis points above their weight in the MSCI EM index, according to Goldman Sachs and EPFR.

It's been a wild ride this year for shareholders in Germany's biggest lender, a bank the IMF in June said probably posed the biggest single systemic risk to the global financial system. A host of legal cases costing billions and profit-sapping negative interest rates pushed its share price below 10 euros in September for the first time ever. Talk of a forced merger or even state-led rescue abounded.

As 2017 looms its shares are still down 23 percent for the calendar year, significantly underperforming the broader Eurozone and European banking indices. But the recovery from that record low has been 75 per cent. At one point last week it was nearly 90 percent.

On June 23, Britons voted to leave the European Union. The following day, UK stocks dived. The shock referendum result had an even more negative and longer-lasting impact on sterling, so much so that the 11 per cent fall in dollar terms that day was the FTSE 100's second biggest one-day fall ever.

But the market hit a record closing high above 7,100 points on Wednesday, up 23 per cent from its low on June 24. In sterling terms, the index is up 13.5 per cent this year. In dollar terms, however, it is down 5.5 per cent, underperforming its French and German peers.

Promoted
Listen to the latest songs, only on JioSaavn.com
Last week, shares in Japanese tech-to-nuclear conglomerate Toshiba were up 80 per cent year-to-date and up around 200 per cent from the record low struck in February. They were easily outperforming the broader Japanese market.

But earlier this week the company said it faced a potential multi-billion dollar writedown from cost overruns at a US nuclear business it bought last year. Its shares have lost half their value and its debt has been downgraded in a matter of days. Its shares are now up only 3 per cent on the year.
© Thomson Reuters 2016