Some investors had expected that U.S. CPI report would show an easing in inflation in August and provide a path for the Fed to moderate its policy tightening. 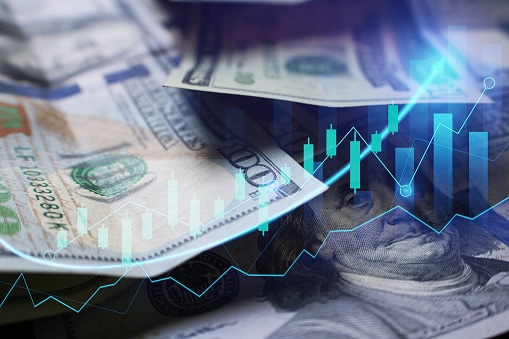 Global equity funds continued to record outflows in the seven days to Sept. 14 as a higher than expected reading on US inflation raised bets that the Federal Reserve would remain aggressive in raising interest rates for longer.

Some investors had expected that U.S. CPI report would show an easing in inflation in August and provide a path for the Fed to moderate its policy tightening.

Investors sold a net $13.11 billion of global equity funds after withdrawing a net $23.02 billion in the previous week, data from Refinitiv Lipper showed.

Also weighing on sentiment was the risk of a global recession due to the simultaneous interest rate increases from major central banks, including the Fed, the European Central Bank and the Bank of England, to tame persistent inflation.

Meanwhile, net selling in bond funds eased to a four-week low of $725 million.

Outflows from high yield bond funds saw a 96% decline from a week ago to $165 million, although net selling in short- and medium-term funds rose 29% to $1.48 billion.

However, government bond funds remained in demand for a third week with $4.85 billion worth of inflows.

Data showed money market funds had $17.95 billion worth of net selling after posting a weekly inflow.

In the commodities space, energy funds received a marginal $14 million in a second straight week of net buying, but precious metal funds were out of favour for a 12th week with $794 million in outgo.