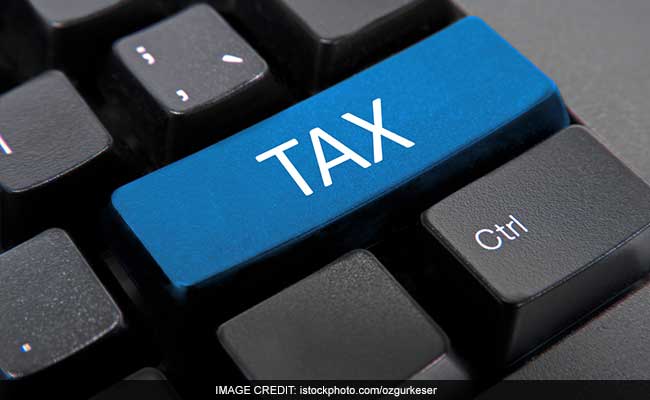 New Delhi: Addressing investors' concerns ahead of GAAR implementation from April 1, the tax department on Friday said it will not interplay with their right to choose a method of transaction and won't apply if routing of funds through a jurisdiction is "based on non-tax commercial considerations".

The General Anti-Avoidance Rules (GAAR), which seek to prevent companies from routing transactions through other countries to avoid taxes, can be invoked through a two-stage process involving a nod at the level of principal commissioner of income tax and a panel headed by a high court judge.

Seeking to assuage concerns of investors, CBDT said GAAR provisions shall be effective from assessment year 2018-19 onwards and "shall not be invoked merely on the ground that the entity is located in a tax efficient jurisdiction".

"If the jurisdiction of FPI is finalised based on non-tax commercial considerations and the main purpose of the arrangement is not to obtain tax benefit, GAAR will not apply. GAAR will not interplay with the right of the taxpayer to select or choose method of implementing a transaction," the CBDT said in a statement.

In a clarification on implementation of GAAR, CBDT said the provisions will not apply if the tax benefits obtained are permissible under the limitation of benefits clause provided in tax treaties.

Investments made by way of convertible instruments, bonus issuances or split/consolidation of holdings prior to April 1 will be grandfathered, it said.

CBDT said that adoption of anti-abuse rules in tax treaties may not be sufficient to address all tax avoidance strategies and they are required to be tackled through domestic anti-avoidance rules.

"However, if a case of avoidance is sufficiently addressed by Limitation of Benefits (LoB) provisions in the tax treaty, there shall not be an occasion to invoke GAAR," it said.

"The stakeholders have been assured that adequate procedural safeguards are in place to ensure that GAAR is invoked in a uniform, fair and rational manner," CBDT said, adding that the government is committed to providing certainty and clarity in tax rules.

CBDT further said that if at the time of sanctioning an arrangement the Court has explicitly and adequately considered the tax implications, GAAR will not apply to such an arrangement. It would also not apply if an arrangement is held as permissible by the Authority for Advance Rulings.

"Further, it has been clarified that if an arrangement has been held to be permissible in one year by the PCIT/CIT/Approving Panel and the facts and circumstances remain the same, GAAR will not be invoked for that arrangement in a subsequent year," CBDT said.

The tax department also clarified that levy of penalty under GAAR would depend on "facts and circumstances of the case and is not automatic".

Finance Minister Arun Jaitley had in his Budget speech in 2015, deferred GAAR implementation by two years and also said that the investments made up to March 31, 2017 shall not be subjected to GAAR, which was to be applied on those claiming tax benefit of over Rs 3 crore.

CBDT on Friday clarified that Rs 3 crore limit of tax benefit calculation for each arrangement cannot be read with a single tax payer as GAAR is with respect to an entire arrangement that has been entered into.

"One good thing is that CBDT has clarified that if LoB sufficiently addresses tax avoidance then GAAR will not apply. Most new treaties being signed are with LOB. Therefore foreign investors have clarity," Ashok Maheshwary and Associates LLP Partner Amit Maheshwari said.

The exceptions carved out for Foreign Institutional Investors (FII) and investors in FIIs alleviated some concerns as the recent clarification gives a ray of hope to the FPI that GAAR will apply only to abusive or highly aggressive/contrived arrangements, said Nangia & Co Managing Partner Rakesh Nangia.

Another positive thing is that court approved arrangements are outside the purview of GAAR, Maheshwari said, adding he said FPIs would have sufficient clarity on taxation.

In May last year, CBDT had started consultation with stakeholders asking them to give their views where they require clarity before GAAR is implemented.

General Anti-Avoidance Rule (GAAR) was part of the 2012-13 Budget speech of the then Finance Minister Pranab Mukherjee to check tax evasion and avoidance.

However, its implementation was repeatedly postponed because of the apprehensions expressed by foreign investors.

The government has clarified that GAAR will not be invoked if an FPI invests from a jurisdiction for commercial reasons and the main purpose of investing from such jurisdiction is not to avail tax benefits.

"This will give some guidance to FPIs who would now have to ensure that they choose a jurisdiction which gives them various non-tax benefits, and availability of treaty benefits is not the only purpose though could be one of the purposes," Deloitte Haskins & Sells Partner Rajesh Gandhi said.

The tax department has also clarified that where LOB clause in the treaty is satisfied, GAAR may not be invoked.

"This partially fulfils a long-standing demand of the industry though the benefit has now got diluted to a large extent because the LOB clause in the India Singapore and Mauritius treaties is relevant only for availing the 50 per cent tax rate for 2 years," Gandhi said.

Maheshwari said the revised tax treaties with the Netherlands and Cyprus do not have an LoB clause and these jurisdictions may not provide certainty to investors from GAAR application.

With the implementation of GAAR, India will join nations like Australia, China, Singapore, Germany and France which have anti-abuse provisions in tax treaties.

There have been fears that the government may use it to target P-Notes. Through the use of GAAR, government may try to tax P-Notes as indirect investments, which could attract a tax rate of up to 15 per cent, say experts.

Promoted
Listen to the latest songs, only on JioSaavn.com
To avoid tax altogether under GAAR, an investor may have to prove that P-Notes were not set up specifically to avoid paying taxes.