Any slippage could see India's overall public finances come under pressure and raise the risk of a downgrade by rating companies. 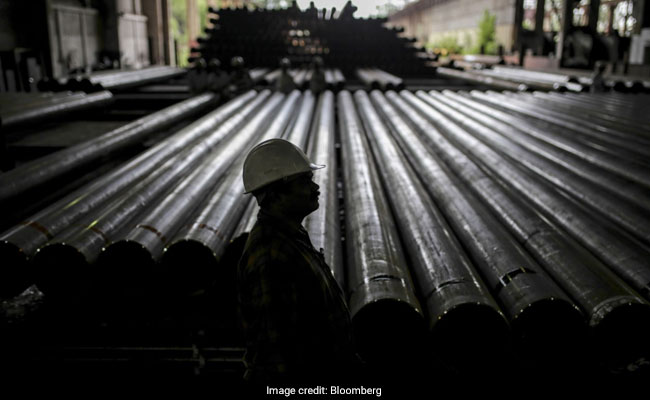 India's sharp slowdown is endangering the fiscal deficit targets of its states, threatening to unravel progress made over the past few years and driving borrowing costs higher for some of them.

The states have budgeted a consolidated fiscal deficit target of 2.6 per cent of gross domestic product in the financial year ending March, a recent study by the Reserve Bank of India shows. While the deficit ratio has remained within the mandated threshold of 3 per cent of GDP in the previous two years, doubts are growing about their ability to meet the latest goal.

Any slippage could see India's overall public finances come under pressure and raise the risk of a downgrade by rating companies. Only last month, Moody's Investors Service cut the nation's credit rating outlook to negative, citing a litany of problems from a worsening shadow banking crunch and a prolonged slowdown in the economy to rising public debt.

That spells bad news for states' borrowing costs. The yield on 10-year bonds sold by West Bengal, which has one of the lowest deficit ratios among India's 28 states, rose to 7.29 per cent in December from 7.06 per cent in July, data compiled by Bloomberg News show. That's still lower than the 8.21 per cent at the beginning of the year, as yields tracked the RBI's aggressive interest rate cuts.

Despite attractive yields on states' debt that carry an implicit sovereign guarantee, there's little interest from global funds -- which have used only 2.2 per cent of the Rs 61,200-crore ($8.6 billion) investment limit available to them in such notes. Part of the reason, according to fund managers, is a lack of price differentiation between the better-run and poorer states.

West Bengal is joined by states such as Gujarat and Maharashtra that have managed to keep their fiscal deficits at less than 3 per cent of GDP. But they all pay a coupon similar to that of, or greater than some of their financially weaker peers. Take Rajasthan: the state had an average gross fiscal deficit of 5.4 per cent between financial years 2016 and 2019, but sold 10-year bonds this month at a yield of 7.18 per cent. 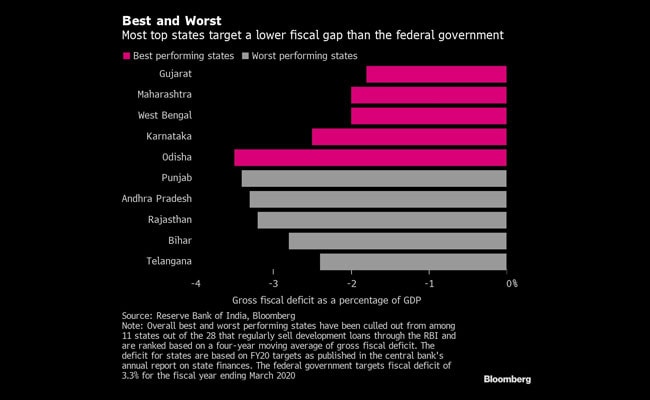 States haven't had a problem attracting local investors with yields that are typically higher than those on notes issued by the central government.

Increasing debt obligations are limiting the scope for greater capital spending by some of the states.

"With the center's finances already under acute stress, we may see cut backs in pace of spending of both the center and states," said Garima Kapoor, an economist at Elara Securities India Pvt. in Mumbai. "This could have ramifications for growth and domestic liquidity conditions."

A Moody's analysis of state budgets shows that capital expenditure by states will likely grow only slightly to Rs 5.5 lakh crore in the current fiscal year from Rs 5.4 lakh crore the previous year.

Social sector spending, which recovered in the year ended March 2019, is expected to hold up in the current year, broadly in line with Prime Minister Narendra Modi's vision of greater welfare reaching the poorer sections of society.

"A shift is projected from expenditure on education, health and family welfare to sectors like housing and urban development and expenditure on social security and welfare," Care Ratings Ltd. wrote in a report, adding that recent initiatives like a health program for all may impact social sector expenditures. 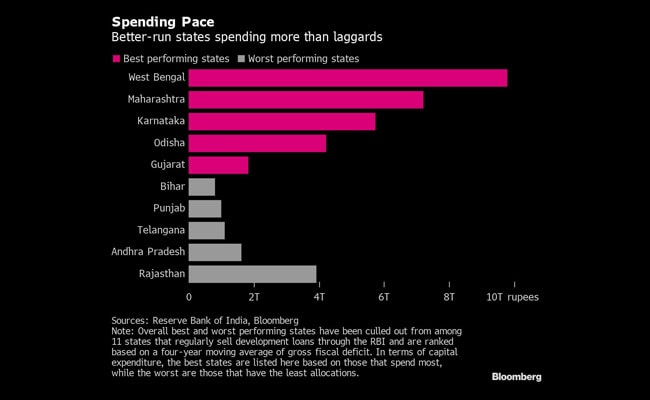 It will "constrain states' ability to service their rising debt burdens and address spending needs, especially for states with debt burdens above 200 per cent and debt service over 30 per cent of operating revenue, such as Haryana, Punjab, Kerala and West Bengal," Moody's said in a report.