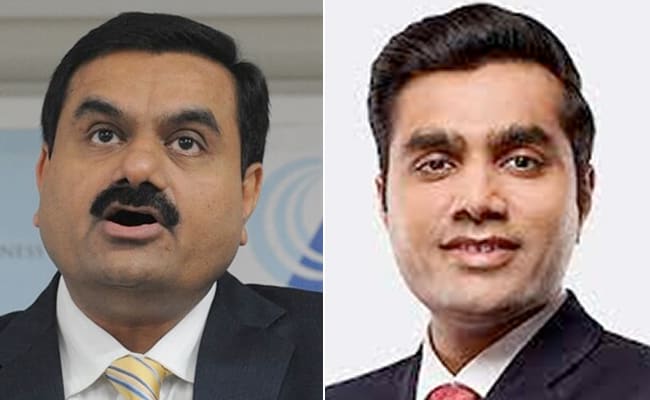 Karan Adani, the elder son of world's third-richest man Gautam Adani, is set to oversee the family's scaled up cement business, according to people familiar with the matter, as the rapidly expanding conglomerate seeks to integrate the two cement companies it acquired for $10.5 billion in May.

Besides bringing in his son, the Indian billionaire is also planning to enlist key senior executives to help grow the cement business and mentor Karan, according to the people, who asked not to be identified as the information is private.

Karan, 35, is currently the chief executive officer of Adani Ports and Special Economic Zone Ltd. He's expected to find synergies between the group's ports and cements businesses in order to create an integrated logistics firm, the people said.

An announcement on Karan's appointment could come as soon as Friday, the people said. A representative for Adani Group declined to comment.

Gautam Adani has surged to prominence this year, as an eye-catching leap in his fortune made him one of the richest people on the planet in a matter of months, leapfrogging compatriot Mukesh Ambani and titans like Bill Gates and Warren Buffett. He's now gaining on world No. 2 Jeff Bezos.

A combination of soaring coal prices and skyrocketing equity gains fueled the wealth surge, which has enabled his Adani Group to supercharge its ambitions, rapidly diversifying beyond its commodity and fossil-fuel roots into airports, media, digital services and telecommunications.

The tycoon is also making a $70 billion bet on green energy, a shift that's been criticized as an attempt to greenwash the group's coal focus.

Adani's biggest spend this year has, however, been on cement, with the billionaire creating India's second-largest cement producer by buying Ambuja Cements Ltd. and ACC Ltd. from Switzerland's Holcim Ltd. in May.

Indian cement maker ACC Ltd said on Friday that it had appointed Karan Adani, son of Indian billionaire Gautam Adani, as chairman of its board, according to a Reuters report.