From Multibaggers To Multibeggers: 4 Popular Stocks That Crashed Significantly

Stocks with certain red flags such as loan defaults, rating downgrades, selling of pledged shares, rising debt, and poor earnings, should be avoided. 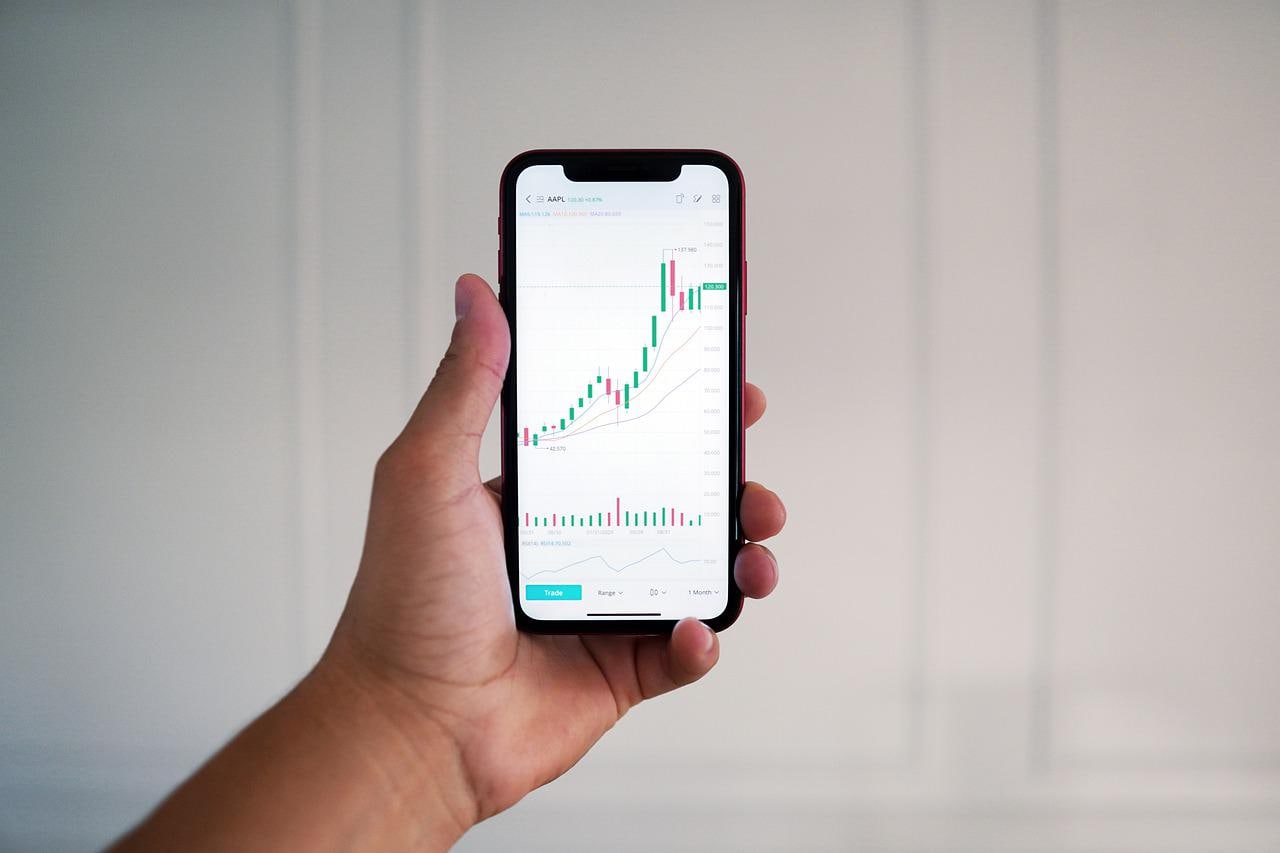 Even multibagger stocks with certain red flags can be wealth destroyers

When you invest in the share market, there's always a risk that your shares will lose value.

However, many investors are hoping for the opposite outcome and are willing to take a chance. They are constantly on the lookout for multibagger stocks for the next 10 years.

However, as we know, no stock is perfect. Even the best stocks will have bad days. Sometimes, even great companies will have moments when everything goes wrong for them.

Remember Unitech, Suzlon Energy, and Rcom? These companies were market darlings once. They delivered huge multibagger gains. But as the tide turned and red flags emerged, these stocks fell big time and never recovered.

These popular stocks turned into penny stocks and are today categorised as multibagger stocks below Rs 100.

Back in November 2021, we wrote to you about the six stocks that destroyed immense investors wealth. The stocks included Unitech, Suzlon, Vodafone, Rcom, BHEL, and Vakrangee.

Today, we bring to you another list of four such stocks.

These stocks made enormous profits for investors at a time and then destroyed it all.

Continue reading to see the transformation of a popular stock into a penny stock. We also discuss the reasons behind the carnage and what investors can learn from it.

This article might have reopened some old wounds for those investors who bought PC Jeweller at its peak in January 2018.

PC Jeweller is currently engaged in the business of manufacturing, sale and trading of gold jewellery, diamond-studded jewellery, and silver items.

The company's export business of gold jewellery is on a B2B basis through its dealers in the Gulf via Dubai based firms.

All was going well up until February 2018 when shares of the company crashed 60% in a single day. This was after reports emerged that promoters of PC Jeweller might have business relationship with Vakrangee, which was being probed by the market regulator for possible stock manipulation.

Apparantely, one of its promoters Padam Chand Gupta had gifted some of his shares to his family members through off-market transactions.

There were also reports that stated between 1 January 2016 to 30 June 2016 and 1 September 2016 to 15 June 2017, certain entities were trading in PC Jeweller to increase its gross market value. Clients related to each other as well as to the company were continuously buying and selling the scrip.

Tensions rose after PC Jeweller's MD Balram Garg was arrested, even though he denied all allegations.

All this triggered a panic among investors. And the rest is history. Shares of PC Jeweller never recovered from the crash and slumped to as low as Rs 8 by March 2020.

Retail investors and even big funds like Fidelity were caught off guard in the PC Jeweller saga.

Concerns over transparency, insider trading and the quality of disclosures often leads to panic selling.

As things stand now, it appears shares of PC Jeweller are waking up from a prolonged coma.

Even the company doesn't know what's driving the shares higher. Experts are of the view that a normal monsoon season and the upcoming festive season are good news for the gold jewellery industry.

So, what's the investment takeaway here? Keep track of the company's management and what they are doing with their shares.

Whenever you see a warning sign about promoters reducing stake or diluting stake, do not hesitate to ask the management in the conference call/analyst call.

These reasons were more than enough to send Yes Bank share price tumbling from its all-time high of Rs 393 in August 2018 to under Rs 11 over the next two years.

Yes Bank was often in news because experts doubted the quality of management. Especially, their approach towards NPAs and reporting them.

A report says that post 2008, Yes Bank lent around Rs 350 bn loans, most of which would later become stressed. It gave loans to companies which were struggling in their businesses. These companies included the Anil Ambani group, the Essel group, DHFL, and IL&FS.

When the RBI reviewed Yes Bank's asset quality in 2017 and 2018, it led to a sharp increase in its impaired loans ratio. It also uncovered significant governance lapses. This led to a complete change of management.

In 2018-19, the bank under-reported NPAs to the tune of Rs 32.8 bn, prompting RBI to dispatch R Gandhi, one of its former deputy governors, to the board of the bank.

The bank was already in scrutiny amid concerns about the family dispute between Rana Kapoor and Ashok Kapur.

As things stand now, Yes Bank appears to be recovering. Since the fallout, the bank has reported a turnaround and significant progress as it exited the reconstruction scheme of 2020.

This is one of the largest private capital raises by an Indian private sector bank.

The main question on retail investors minds is that could Yes Bank be the best multibagger stock in 2022? Or a long-term stock to buy?

Only time will tell. In the meantime, check out our recent editorial on Yes Bank: Is it Time to Say "YES" to this Bank?

The investment takeaway here is successful banks like HDFC Bank always try to control risk first with the understanding that growth and profits will take care of itself in the long-term.

Take the ESG ratings for a stock with a pinch of salt and don't blindly buy stocks based on those ratings.

Real estate companies are notorious for starting a new project even before they have finished an existing one.

In a rising realty market, this leads to a massive windfall. The more you delay the project, the higher the prices you can extract from a buyer and the bigger your profits.

However, this strategy comes back to haunt big time when the slowdown strikes, and you can't raise enough funds to finish your projects.

This is the cardinal sin that HDIL committed and which eventually led to its downfall.

HDIL was considered the third largest realty developer in India.

Skip forward to December 2008 and the share price came tumbling down to Rs 70 with a marketcap of Rs 20.4 bn.

For HDIL, it is the same old story as its peers. Real estate companies are the first to come to mind when we talk about wealth destroying stocks.

The financial crisis of 2008 following the collapse of Lehman Brothers sent the red hot Indian real estate market into dust and took along with it HDIL.

Inventories and debt for HDIL stood at the highest levels and poor cash collection became the centre of HDIL's problems.

The company was carrying inventory on its books worth almost 20 years of its sales. That is indeed a lot of capital that's stuck as working capital.

The company ran into liquidity problems and was unable to raise funds fast enough to complete projects.

And if all this wasn't enough, the involvement of the company's promoters in a scam of massive proportions was the final nail in the coffin.

As things stand now, HDIL is in a resolution process and Adani Properties is the frontrunner for acquiring it.

If you are looking at real estate companies, ensure that the promoter is top notch. Poor accounting and lack of corporate governance has been the reason for many large realty companies performing poorly in the past.

Also, the company's inventory days should not have witnessed a meteoric rise.

The biggest drag on real estate players is high debt and with interest rates moving up, investors need to be wary of realty companies with the tendency to pile up debt and has poor cash flows.

There are two phases when DHFL was able to deliver manifold gains to their shareholders. That is, if they practiced long term investing.

Later, it plunged over 75% to Rs 25 in 2009, reacting to the aftermath of global financial crisis.

But then emerged the debt problem for NBFCs and along with major NBFCs, DHFL too plummeted and was never able to recover.

In 2018, another major NBFC IL&FS went bust, causing alarm bells to ring throughout the industry. Banks became much more careful about lending money to NBFCs.

This led to a liquidity crunch since there was limited access to credit. What began as a NBFC debt problem in 2018 snowballed into a full-blown stock market crisis over the next few months.

Soon after the IL&FS crisis emerged, DSP Mutual Fund decided to sell some of its holdings of DHFL paper in the already nervous fixed income market.

The market had for long been smelling a rat at DHFL. But the company had been trying to put up a strong face.

What added pressure was a report claiming that DHFL promoters were involved in a Rs 310 bn scam to siphon off money.

Rating agencies reduced DHFL's creditworthiness as soon as it failed to pay interest. All this led to DHFL's downfall.

In July 2019, DHFL warned that it may not be able to continue as a going concern with its funding drying up. This after a downgrade by credit rating agencies to 'default' category.

As things stand now, DHFL promoters including the Wadhawan brothers are under investigation by CBI and the Enforcement Directorate (ED) in a case of alleged fraud involving Yes Bank.

Meanwhile, DHFL shares have stopped trading on the exchanges since June 2021.

So these were among the many stocks that fooled investors. Most of them were once big, well-known companies.

When these stocks started to fall and touch new lows, investors got interested, hoping they will make a comeback. On the contrary, they fell even more, destroying more wealth.

These kinds of stocks are often categorised as value traps...they appear to offer value, but in reality, they are traps.

They have certain red flags such as corporate governance issues, they are badly managed by promoters, loan defaults, rating downgrades, selling of pledged shares, rising and high debt, and poor earnings.

You must learn to differentiate opportunities from traps. To do so, the first thing you should keep in mind is that just because a stock is beaten down doesn't mean you should buy it. A consistent fall can actually be a sign of something grim.

The closer you come to weeding out the worst stocks, the higher the chance of market beating returns in the long term.